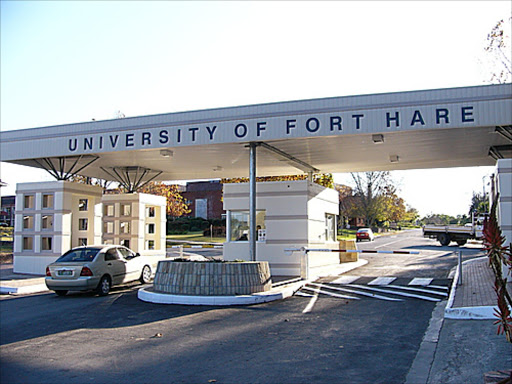 The University of Fort Hare has been shocked by allegations of plagiarism.

The assignments of three political science postgraduate students have been questioned.

Head of department Dr Zoleka Ndayi alerted the university to her doubts.

Ndayi, in e-mails seen by The Times, said assignments contained "cut and paste" passages in which only type sizes differed.

At a meeting of university staff it was noted that the crisis was leading the political science department to the "brink of collapse".

Despite this, Somniso allowed the students to graduate.

This led to a "war of words" between Ndayi, Somniso and students supervisor Valery Ferim, and faculty management.

The faculty management recommended that Ndayi be sacked and that Ferim continue supervising students.

Other staff were told to report direct to Somniso and not to Ndayi.

Yesterday, Ndayi refused to comment other than to say that the university should comment on the plagiarism allegations.

"The matter is being dealt with by the university and I am no longer a head of department, but I won't say my demotion was because of this. The university should answer that," said Ndayi, who said the dispute was with the Commission for Conciliation, Mediation and Arbitration.

Ndayi said students had claimed that they were allowed to "cut and paste".

"Cases of plagiarism are dealt with by means of counselling and education, rather than simply by imposing sanctions. This matter was brought to the notice of the university three days before graduation and an urgent meeting was called.

"It regretted that the head of department failed to detect the problem in time," she said.

On Ndayi's demotion, Filtane said: "Her term ended in December and was extended to February."

In May, a week before the university's graduation ceremony, Ndayi contacted Ferim because "she had serious issues" to discuss with him.

In an e-mail, Ndayi said she was worried about the academic credibility of the politics department, the faculty and the institution, as well as about the future of the three graduates whose work had been questioned.

Ndayi asked how Ferim had failed to note plagiarism in the students' research projects.

Ferim, in response, questioned the "unprofessional and erratic changes" made by Ndayi in the department.

"The daily harassment has had a negative impact on my performance."

Ndayi told Somniso the rate of plagiarism and the research entailed extensive "cut and paste".

"Up to 99% of the dissertation came from online books and articles; in some cases, with clear indications of the stolen ideas."

Ndayi said she was deeply disturbed when the students said that plagiarism was the norm since they began their studies in the department.