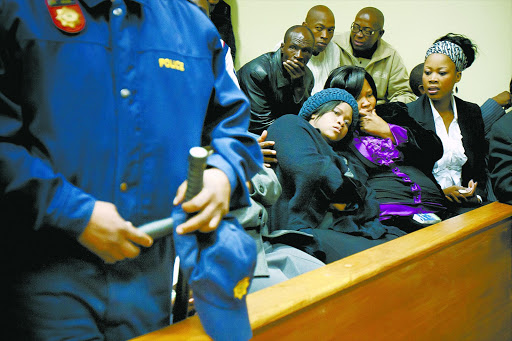 Seven policemen acquitted of killing protester Andries Tatane returned to work last year while their trial was still pending, according to a report on Wednesday.

The Sowetan quoted Free State police spokesman Brigadier Billy Jones as saying that after a disciplinary process it was decided the policemen could resume work, and they were assigned administrative tasks.

Jones said the internal disciplinary process was distinct from the criminal case.   Police had not yet been officially informed by the National Prosecuting Authority of its investigation into two other police members who testified in the trial and were suspected of perjury.

Jones could not say whether the men would be suspended pending the NPA probe.   At the end of March, Ficksburg regional magistrate Hein van Niekerk found the State could not prove its case of murder and assault against the seven policemen beyond reasonable doubt.

During the trial, two officers testifying for the State recanted their original statements. They claimed they were threatened into making statements to the Independent Police Investigative Directorate.

Tatane died on April 13, 2011, after police used rubber bullets and batons to subdue him during a service delivery protest in Ficksburg. The case received huge media attention when footage of Tatane’s assault was broadcast nationally.