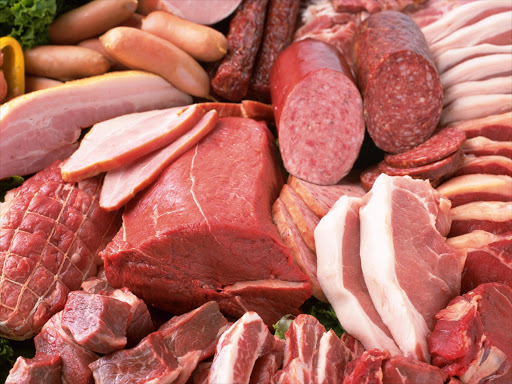 Major supermarket chain bosses could face imprisonment and lose billions in turnover if a government investigation finds that they tampered with labels on meat products.

A University of Stellenbosch study recently found that 60% of 139 tested meat products contained "undeclared ingredients" and that anything from soya, donkey, goat and water buffalo was found in minced meats, burger patties, deli meats, sausages and dried meats.

These ingredients were not listed on the products' packaging.

The Consumer Goods Council, which has large food retailers among its members, said the University of Stellenbosch test results could have been due to "cross-contamination" by minute amounts of "foreign" DNA in meat.

But this did not mean that retailers were deliberately trying to mislead consumers.

"The EU and UK currently allow a 1% DNA threshold, which is considered an acceptable production tolerance to accommodate potential cross-contamination. There is no set threshold in South Africa.

"However, all species should be declared on packaging when they are added to the product as part of the product's recipe, and in compliance with labelling laws," said Ronél Burger, head of the Food Safety Initiative at the Consumer Goods Council.

Fruit and Veg City yesterday announced that it had, since last month, randomly DNA-tested all meat and meat-related products at all its stores.

Pick n Pay said it had commissioned 700 independent scientific tests on its meat "and all have proved negative. We have had no 'adding' or substitution", said spokesman Tamra Vele y.

"The [University of] Stellenbosch's study tells us what we already know: that DNA testing can reveal minute traces of genetic material in a product."

The meat in the university's research came from several shops of different retailers in Gauteng, Western Cape, KwaZulu-Natal and Eastern Cape.

It was reported yesterday that soya and gluten were found in 28% of the samples, though not identified specifically as plant material on the labels of the meat products. Pork (37%) and chicken (23%) were the most commonly detected contaminants.

Pick n Pay wors at the East Rand Mall showed beef on the label but included the DNA of pigs and sheep.

"The National Consumer Protection Act clearly states that it is an offence to alter, obscure, falsify, remove or omit a displayed price, labelling or trade description without authority. If found guilty, one could face imprisonment or a fine," Department of Trade and Industry spokesman Sidwell Medupe said yesterday.

He said businesses could also face administrative fines of 10% of their annual turnover, or R1-million.

"They would have to pay up, whichever is greater," he said.

"People must know that the government does not have investigations just for the sake of it.

"We as the government have the power to ensure that the consumer is protected.''

He said the findings of an investigation into meat labelling would be made public in "two to three months".

The National Consumer Commission was asked to investigate urgently. That investigation is continuing.

The latest revelations surfaced amid a growing scandal in Europe, where horse meat has been found to have been sold as beef, or other meat.

DA MP and agriculture, forestry and fisheries spokesman Annette Steyn yesterday said parliament must do everything it can to establish a single food agency "to tackle this problem and prevent it from recurring so that South Africans can . know what they are eating".

"At a joint meeting of the parliamentary portfolio committees on agriculture, forestry and fisheries, on health, and on trade and industry last month it was agreed in principle that a single food agency be established to regulate, enforce and inspect meat and other foods.

''The DA will ask that a follow-up meeting of this joint committee be convened as soon as possible so that an update on what steps have been taken to establish this agency can be provided," she said.

Steyn said she would submit parliamentary questions to ascertain why the ratio of undisclosed trace ingredients was not being assessed, and what steps were being taken in the interim to ensure product safety.

"The mislabelling of products not only has health implications, it has the potential to undermine the reputation of South African exports and cost our economy jobs. It also has a significant effect on religious communities who refrain from eating certain products, not to mention the increased price the consumer is paying for substitute ingredients," she said.

She called for the Department of Health's own findings on the meat labelling scandal to be tabled in parliament.

The Health Department's Popo Maja said the investigation was in collaboration with the Department of Trade and Industry and the National Consumer Commission.