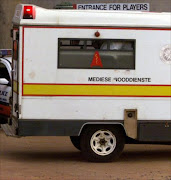 Sophisticated data-capturing technology will be introduced in the Western Cape at the end of the year to improve ambulance response times, it was reported on Monday.

The new information and communication technology system at emergency medical services (EMS) call centres would get ambulances to incidents in the shortest time possible, The Cape Argus reported.

The R250 million system would be phased in in November and would be run by Dimension Data for the next four years.

“One of the problems we have in informal settlements is locating addresses,” EMS manager Shaheem de Vries told the newspaper.

“If your cellphone technology knows where you are, it would send that information to our system.”

The new technology would also allow ambulance staff to capture patient details electronically from the scene, which could then be sent to the hospital prior to the ambulance’s arrival.