NGO 'too white' for donors 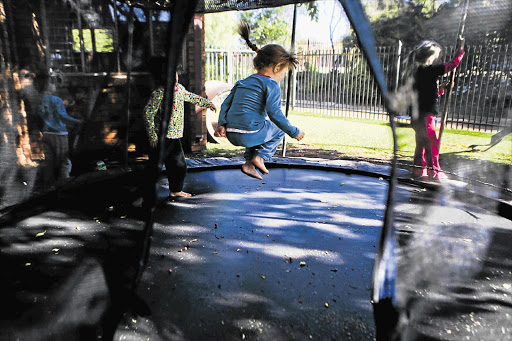 Jacaranda Children's Home in Pretoria has lost a large amount of sponsorship because the majority of its beneficiaries are white. The centre cares for abused children
Image: LAUREN MULLIGAN

Clad in a tracksuit with an image of his No1 superhero Spiderman, six-year-old abuse victim Jimmy (not his real name) and his peers play happily on the grounds of the Jakaranda Children's Home.

They are oblivious of the predicament facing the place they call home - it is not black enough.

Corporate donors that covered 70% of the Pretoria home's more than R25-million annual running costs have pulled out because, the centre says, the majority of children it houses are white.

Jimmy and 350 other children were removed from their parents because of abandonment, neglect and emotional and physical abuse.

They will soon have to survive without privately funded child development programmes, or worse, they could find themselves without a home.

"There's nothing we can do about it . it's a sad situation," the shelter's marketing executive Elzane van der Merwe says.

The children are victims of the Broad-Based Black Economic Empowerment Act, she says. The act stipulates that for companies to be allocated BBBEE points, they must donate to charities whose beneficiaries make up at least 75% quota of the previously deprived race groups.

At the Jakaranda shelter, 75% of the children are white.

For the past two years, the shelter received R7.1-million in government funding a year, which has been increased to R9.1-million for this year.

However, Van der Merwe says: "Without corporate funding we cannot continue with therapy and educational and sporting programmes. These are crucial to a child's proper development but without funding we will have to offer the basics like shelter, schooling, food and clothing."

She said companies still donate to the home but private funding had declined by 70% in the past three years.

Van der Merwe related an incident in which a company pledged R100 000 but pulled out at the last minute after realising that the majority of children were white.

The shelter's Ancha Smuts said: "With government funding, we could keep going but there'll be no extra development programmes."

Ancha urged companies to look beyond colour or BBBEE points and continue funding the NGO for Jimmy and other children's sake. Head of Childline, Joan van Niekerk, said the regulation was particularly problematic.

"We receive over a million calls a year from children and we deal with about 20000 online counselling [cases] but we do not see these children and we cannot say to a distressed child: 'We have reached our proportion, sorry we cannot help you'," she said.