'Parker no longer in neutral' 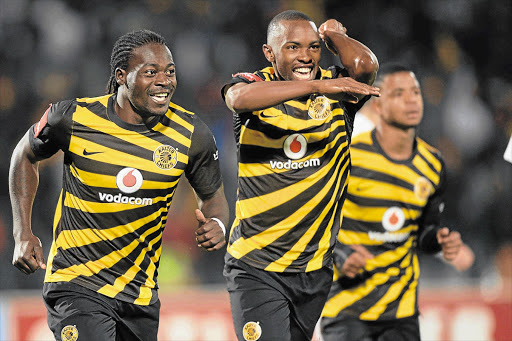 Stuart Baxter attributed Kaizer Chiefs striker Bernard Parker's dry spell of 10 matches without a goal, before his brace against Moroka Swallows at the weekend, to be the result of self-imposed pressures.

"What Bernard does sometimes is he asks a lot of himself.

"He is a good player and he gets over-ambitious in the wrong areas of the field," the coach said after Chiefs came from a goal down to beat their Soweto rivals Swallows 3-1 in Dobsonville.

Parker is back at the top of the goal scorers' charts in the Absa Premiership with 12 strikes.

Doubts about whether the Bafana forward would claim the golden boot award were slowly creeping in. Baxter said he was pleased to have the old Parker back with four league matches remaining this season. Chiefs will also face National First Division side United FC in the semifinals of the Nedbank Cup on May 4.

"We changed parts of his game a little bit and against Swallows he was outstanding," Baxter said. "Maybe we are getting back to saying big players like big games.

"He is back because if we get him into the right areas on the field, he pitches in with goals for us and he doesn't overcook it in the wrong areas of the field."

The last time the former FC Twente striker had scored for Chiefs before the weekend was against Free State Stars in February.

"Bernard has had two games where I have not been satisfied, and the only reason is because it was Bernard Parker," said Baxter.

Chiefs, six points clear at the top of the Premier League table after 26 games, host Platinum Stars at the Peter Mokaba Stadium on Sunday.