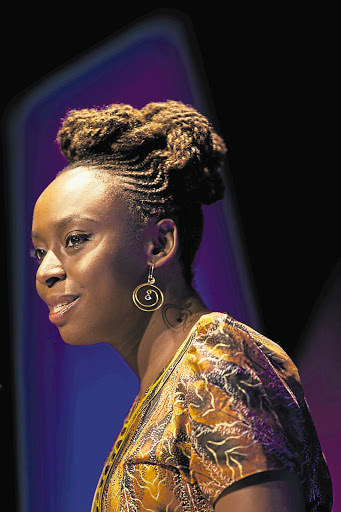 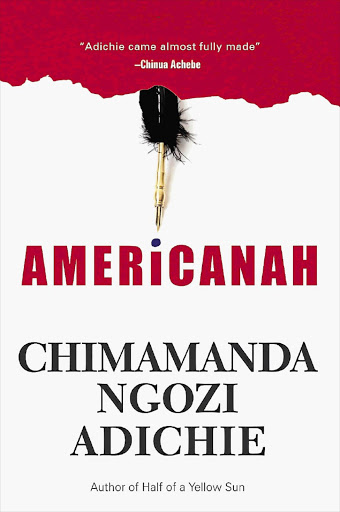 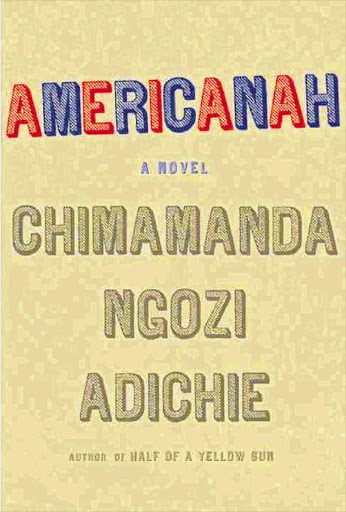 After much anticipation, Chimamanda Ngozi Adichie's third novel - Americanah - has been published. Ngozi Adichie has been described as the most prominent writer to come out of Africa over the past decade. She has an Orange Prize for Fiction award under her belt and a movie of her second novel, Half of a Yellow Sun, is due for release this year.

Americanah is the story of Ifemelu, an avid blogger who has just completed a fellowship at Princeton, and Obinze, her childhood love. Born and bred in Nigeria, Ifemelu ventured to America as a graduate student to make a better life for herself.

We meet her as she is on her way to have her hair done in preparation for her move back to Lagos. The book takes place in a hairdressing salon with flashbacks of Ifemelu's life and relationships up to this point. Snatches of the book tell us the story of Obinze as he tries to make his way in the UK. The final part of the story is set in Lagos. Both Ifemelu and Obinze have returned home and attempt to rekindle a love that was promising but ended after Ifemelu left Nigeria.

At times, Americanah reads as an intelligent (though unsurprisingly concluded) love story. Ngozi Adichie is generous in the details; the relationships are nuanced, complex studies of cross-cultural interracial conflicts.

At other times, however, the book comes across less as a story and more as a lecture disguised as a story.

For readers familiar with Ngozi Adichie, it is hard not to see the writer in Ifemelu; in her politics, and her views on the state of black women and their hair. From the times of conking (straightening kinky hair) to the modern trend of weaving straight hair onto their heads, hair has often been a political issue for many black women and one from which Ngozi Adichie does not slink away.

While Ifemelu's blog posts are insightful and at times entertaining, they could be fewer, shorter and less determined to drive Adichie's point home.

While I enjoyed Ngozi Adichie's hands-on approach to issues that obviously concern her, the blog entries sometimes seem too carefully constructed. I also wondered why she did not simply compile a selection of essays and do away with the armature of a fictional story.

The most compelling parts of the novel are the conversations between Ifemelu and Aisha, the hair-braider from Senegal.

While both women are immigrants, they come from separate social classes in their host country. Ngozi Adichie deftly captures the span of this relationship, only a few hours long, with the silence of unasked questions and the class rivalry exposing complicity, understanding and even compassion.

Americanah is a clever, meticulous and often amusing story about love, the hazards of race and class, the shine and grit of Lagos and the varied lot of immigrant populations in the US and the UK.

In the same way that several of Ngozi Adichie's readers had never heard of Biafra until Half of a Yellow Sun, Americanah presents a world that will surprise many. This in itself makes her latest book an important one.