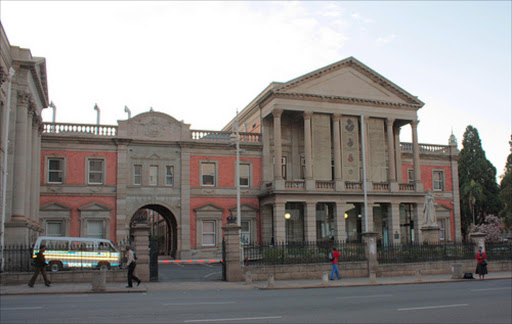 The decision to spend nearly R9-million on upgrading the speaker's office at the KwaZulu-Natal legislature is raising a stink in the provincial legislature, where the women's toilets are said to be perpetually inoperative.

Now the female legislators are demanding answers on when a new provincial parliament and government precinct will be built. They endured another week of smelly toilets in the meantime.

Complaining about the clogged toilets and the unbearable stench, ANC provincial legislature member Happy Blosse asked what was being done to fix the toilets.

It was reported during Friday's meeting of the public works portfolio committee that the speaker's office was being repaired and renovated at a cost of R8.9-million.

Public works head Rodger Govender said that R8.9-million was allocated for the repairs and renovations of Speaker Peggy Nkonyeni's office, and R7.1-million had already been spent.

The balance would be spent from next month, once the speaker and her staff had been relocated to another office to make way for the contractors so that they could complete the repairs and renovations.

Nkonyeni's office failed to respond to e-mailed questions yesterday about the extent of the repairs and renovations.

"There is a smelly ladies' room which smells like you do not want to go in there. There is another one next to the gate [in the legislature] which is blocked now and again," said Blosse.

Blosse said it was unacceptable that the smelly toilets were left unrepaired.

She said the legislature building was old and described it as a "skorokoro house" that would be expensive to fix.

"The [speaker's] office is a disaster. There are a lot of things that are not good in that cottage [office]," said Blosse.

She asked provincial public works MEC Ravi Pillay whether plans to build a new legislature and government precinct were still on the cards.

She asked why, if there were insufficient funds, the provincial government did not build the new legislature and government precinct in phases.

"When there is money we must build the first [phase] and then when we have [more] money we move to the next phase and so on.

"Rather than spend lots of money on this old building, we must turn it [the legislature] into a museum," said Blosse.

Pillay said plans for a new legislature and government precinct were still being considered and by a sub-committee of the provincial cabinet.

"The argument is quite simple. We are paying rent to private people; why don't we build our own. It's in the plan but the numbers [to build it] come up quite big - in the billions.

He said that there was also a debate about building the new legislature and government precinct through a public-private partnership, which Pillay said required careful deliberation.

"The counter argument is that, if we don't do it now, costs are rising all the time.

"It is a tricky debate that requires us to tread carefully," he said, adding that the government was also looking at the poor economic situation.

Govender said the public works department did not have the budget to maintain the toilets in the legislature.

He said that the public works department would maintain the toilets if the provincial parliament gave it a mandate and the necessary funds.