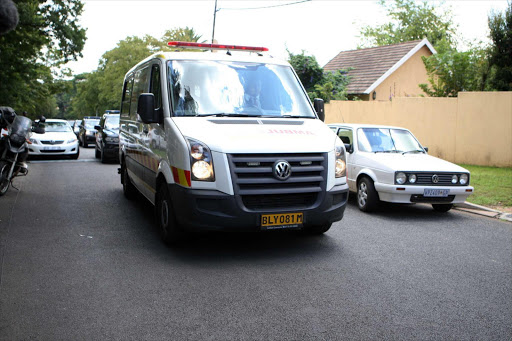 A man found his friend with a swollen chest and face at a Pietermaritzburg hospital after a recruitment fitness test, a commission of inquiry was told on Tuesday.

Njabulo Manqele said in Pietermaritzburg he touched and shook his friend thinking he was going to wake up. But medical staff at the Northdale Hospital told him Sibonakaliso Mhlanga was dead.

Manqele found his friend after searching for him for about three hours. He was testifying in public hearings at a commission KwaZulu-Natal premier Zweli Mkhize established earlier this year. Its brief is to probe the deaths of eight people at a fitness test conducted by the transport department in December.

The test formed part of a process to select Road Traffic Inspectorate (RTI) job applicants. More than 34,000 people qualified to apply for 90 advertised trainee posts. A total of 15,600 applicants attended a fitness test on December 27 and a similar number on December 28.

Manqele said he travelled from Adam's Mission, south of Durban, to Pietermaritzburg with Mhlanga to participate in a 4km run at the Harry Gwala Stadium.

Manqele received a text message on Christmas day inviting him to participate in the test. He said the participants filled all the seats and the grandstands at the stadium.

Around 2.30pm the test was stopped because several people had collapsed, he said. Manqele said an RTI officer told him Northdale Hospital had instructed that proceedings be halted for a while because it could not cope with the number of people who had collapsed.

He said people started fainting around 12.30pm. Proceedings resumed by 4.30pm. Manqele's group was called to run at 5.30pm but only ran at 7.30pm. Manqele and Mhlanga were in the same group.

He said there was no demarcated area for runners and no water, and by that time the stadium was dark.

Manqele said he finished running around 8pm, filled in a form and went to where he and Mhlanga had parked their car, where the two had agreed to meet.

By 9.30pm Mhlanga had still not arrived. Around 11.30pm he decided to go to Northdale Hospital. A nurse showed him Mhlanga's takkies. When he confirmed they belonged to his friend, Manqele was shown the body.

Manqele said when the nurses uncovered his friend's body, he was happy because he had finally found the person he had been looking for.

When medical staff told him he was dead, he asked them to contact Mhlanga's mother to explain what had happened.

The hearings continue on Wednesday.