Way farmers are charged for water set to change: government 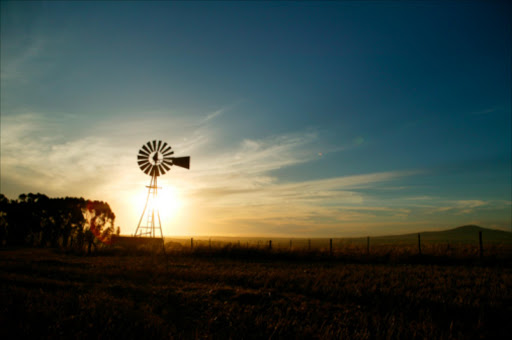 The way South Africa's farmers are charged for the water they use is set to change, the government said on Tuesday.

"We need to move to a volumetric-based system, and meter the supply to agriculture,... and manage it the way we do domestic supplies," water affairs acting director general Trevor Balzer told reporters at Parliament on Tuesday.

Water allocated to farmers was currently calculated, and billed, in terms of an "entitlement" based on "the area irrigated and the application that's required for certain crops".

Balzer said there was a need to start measuring the cubic metres of water farmers used.

"In terms of our pricing policy going forward, that is the thrust that we will be moving to. That's why we're putting regulations in place to be able to measure the water used," he said.

Balzer was responding to a question about why his department's recent call on South Africans to conserve water was not more focused on the agricultural sector, which uses close to two-thirds of the country's available fresh water each year to irrigate crops.

In contrast, urban and domestic consumption uses just over a quarter of the fresh water available, and much of this is recycled.

The call to conserve comes against a backdrop of rising water demand and high water losses -- what the department dubs "non-revenue" water -- at many municipalities as a result of leaks, theft and illegal water use.

Speaking to Sapa later, Balzer said no date had been set for introducing the new system.

"We don't have a target date for starting, but the regulations are ready and will be published very soon. Once [they] are in place, we will then have the tool to be able to force users to put in water meters or put the actions plans in place to start [installing] water meters."

He said all new water-use licences issued to farmers were being done on a volumetric basis, based on a Water Research Commission programme for estimating the irrigation water requirements of crops.

"So we issue a license now in terms of metres cubed of water required per annum."

Speaking at the briefing, which was held ahead of debate in the National Assembly on the department's R10.2 billion budget, Water Affairs Minister Edna Molewa said the agriculture sector needed to adapt.

"Agriculture is now being required to adapt and change their methods of utilising water. Some systems will have to be introduced, and we are working very hard with the department of agriculture [in this regard]."

Over time, the equipment and tools farmers used would need to be adapted, with the aim of obtaining better productivity using less water. Molewa's department was working with the agriculture department in this regard.

On the installation of water meters on farms, Balzer said this was "just one of the tools" his department would use to monitor and measure the actual amount of water used by farmers.

Other methods included monitoring electricity consumption at pump points, to work out how much water had passed through, and tariff and pricing incentives.

Balzer also said a new strategy on water conservation in the agriculture sector was "nearing conclusion".

Molewa dismissed reports that South Africa would run out of water in the near future.

"We might have water shortages if we don't do certain things, but running out of water completely is a no-no," she said.