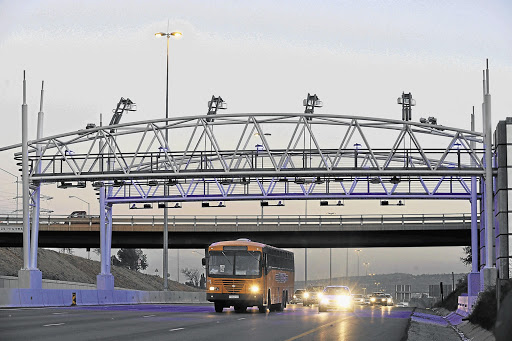 Gantries on the highway near Lynnwood, Pretoria.
Image: ROBERT TSHABALALA

Government must suspend e-tolling if it wants to support economic growth, the Opposition to Urban Tolling Alliance said on Friday.

"Outa supports the president's request and calls on the president to lead this effort by having the government steer clear of an unnecessary waste of billions of rands through... implementation of the e-tolls system," he said.

Recent reports in Parliament had highlighted the lack of consideration of the fuel levy as an alternative funding mechanism for the Gauteng Freeway Improvement Project.

On Thursday, Zuma said South Africa had to strengthen economic performance and increase the rate of investment.

"We must all promote our country and promote activities that enhance economic growth in every possible way," he said.

A week ago, the Johannesburg Magistrate's Court dismissed an application by the Congress of South African Trade Unions for a highway motorcade protest against e-tolling.

Cosatu approached the court after failing to get permission from the Johannesburg metro police.

The motorcade was planned for the M1 north, N1 south, N12, and M2 north highways in Johannesburg.

On April 11, the SA National Roads Agency Ltd announced e-tolling would be rolled out within the next two months.

Sanral and the National Treasury appealed the court order. In September, the Constitutional Court set aside the interim order. In December the High Court in Pretoria dismissed Outa's application to scrap e-tolling.

On January 25, the court granted Outa leave to take the matter to the Supreme Court of Appeal (SCA) in Bloemfontein. The SCA hearing will take place in September.