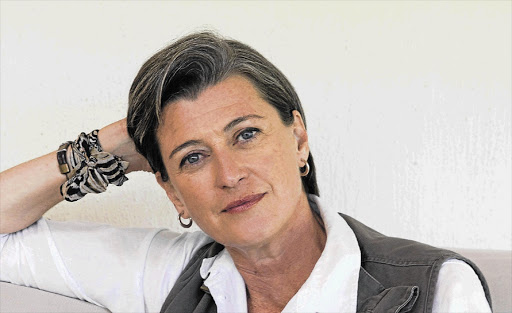 I am listening to David Kramer because I'm learning to speak Afrikaans. I have a friend whose Portuguese father learned English by listening to Frank Sinatra and I thought that was a brilliant way to learn a language - and it is.

Reading Taken Captive by Birds, Marguerite Poland's exquisitely evocative memoir of a childhood that was very like mine, filled with larger-than-life characters, pristine bushveld and devoted African employees whose difficult lives played out far beyond our limited, young understanding of the racist milieu of the day.

Eating at Leafy Greens (call 082-882-7300) because I'm vegan and they serve the best vegan food in town. My carnivore friends love eating there too.

Drinking anything from the Glens - Glenlivet, Glenfiddich, Glenmorangie. They're not as peaty and heavy as some whiskies.

Watching not much more than the autumn colours of Jozi's magnificent trees. I don't have DStv. Local television is largely abysmal and you can't beat a good book for entertainment, especially now that weather fit for roaring fires and the Glens has arrived.

GLYN'S newly released book What Dawid Knew is about a journey into the Kalahari which she undertook with a family of Bushmen, 22 of whom will join her in Johannesburg for the launch at the Rosebank Union Church at 6pm on June 4. Tickets cost R75 (which includes wine and snacks) and can be booked only through Computicket.