Reeva and Oscar 'fought a lot' 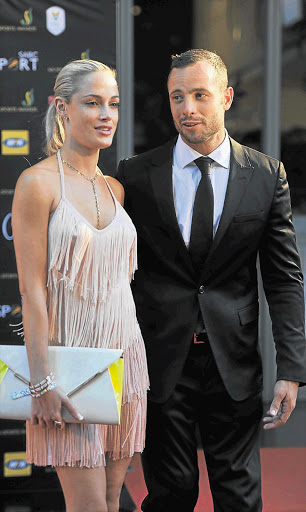 While millions of eyes will be glued to TV screens across the world to watch what happens in Pretoria Magistrate's Court Room C, the late Reeva Steenkamp's mother will be praying.

June Steenkamp will be praying for answers as she wants to know what drove Olympic hero Oscar Pistorius to open fire on her beloved daughter. "All I can say is that we are praying; praying so hard for this to be over, for the truth to be known," she said.

The 29-year-old model was shot several times on Valentine's Day in Blade Runner's luxury Silver Lakes home while she was behind a locked toilet door.

Pistorius is set to make a brief appearance in the Pretoria Magistrate's Court today on a charge of premeditated murder - an allegation he vehemently disputes.

Pretorius has maintained that the killing was a horrible accident and that he mistook Steenkamp for an intruder. If found guilty of premeditated murder, Pistorius could face a life term in jail.

The UK's Channel 5 TV news programme last night aired a candid interview with June Steenkamp in which she expressed her anger and regret about not being able to protect her daughter. She also claimed Pistorius and her daughter had heated arguments.

The Daily Telegraph reported that Steenkamp told Channel 5 about a telephone call she received while Reeva was travelling in a car with Pistorius.

"She was afraid, she was so afraid. She phoned me and she said: 'Mummy I'm in the car with Oscar and he's driving like a lunatic.'

"I said: 'Will you just give him the phone'. She gave the phone to Oscar straight away. I said, 'Listen, if you hurt my baby in any way I will have you wiped out.'

Reeva Steenkamp's uncle, Mike, said family members were taking one day at a time. "Tomorrow will bring whatever it will bring. We are just trying to live our lives. Our family is taking it very hard. Words cannot bring Reeva back, no matter how much we want that. We just have to, for now, let it be."

Steenkamp, asked if he would watch today's court proceedings, said he would not. "Neither will my brother [Reeva's father, Barry]."

Asked about the publishing of a photo of the bathroom where Steenkamp was killed and the reaction of Pistorius's family, he replied: "They say they are shaken, but what about us as a family?''

Comment could not be obtained from the Pistorius family.