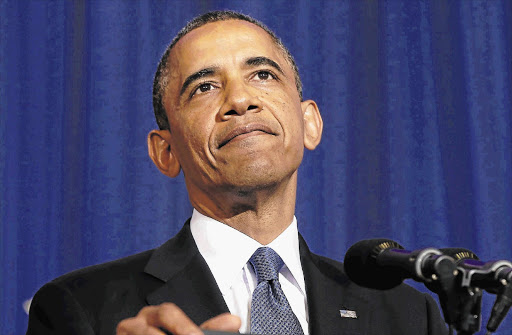 University of Johannesburg students and some staff members have rejected a proposal that US President Barack Obama be awarded an honorary law doctorate.

Obama will make his first official visit to South Africa, with his wife Michelle, this month.

The university plans to confer the honour on Obama for his achievements as the first black president of the US before he addresses students at its Soweto campus on Saturday next week.

But the UJ Students' Representative Council - in coalition with some staff members, student organisation Sasco, the Muslim Student Association and the Palestinian Solidarity Forum - has vowed to stage a boycott if the university goes through with the ceremony.

The Muslim Lawyers' Association last week called for the arrest and prosecution of the US president when he arrives in this country, alleging that he is a "war criminal".

"Obama's decisions have caused human rights violations in the Middle East and Africa. He supported Nato while killing innocent people in Libya.

"The withdrawal of all US troops [from] Iraq and Afghanistan, [and the] closure of the prison at Guantanamo Bay never materialised," Masete said.

Obama made "a lot blunders in the Israeli-Palestinian conflict", he said.

"Obama is guilty of human rights violations. He signed what is called [the] US-Israel Enhanced Security Cooperation Act of 2012, which was to strengthen Israel's military to fight against Palestine. So now, how [do] we honour someone [who] is perpetuating war?" Masete asked.

"The university must not support an imperialist Obama."

A senior staff member said students had been asked to vacate residences during Obama's visit.

"There is no one from management who sees fit to engage the staff and students about honouring Obama," the staff member said.

"Obama is not the guest of UJ . [he is the] guest of the people . the university is the venue that he would use to engage young people from different parts of Africa . we have absolutely no role," Maluleke said.

The honouring of Obama must be considered by a committee representing the senate, students and council, he said.