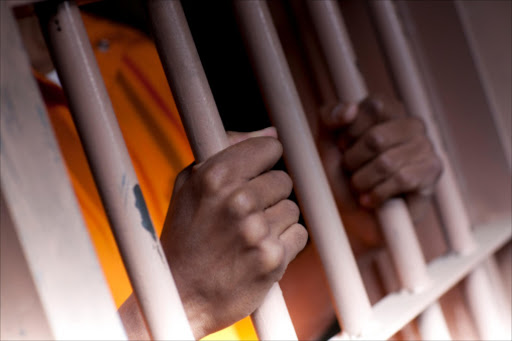 But a report by Africa Check shows that "conviction rates are an unreliable benchmark of NPA success".

Africa Check is a non-profit organisation that promotes accuracy in public debate.

Last week Sifiso Cedric Shezi, imprisoned for 10 years for raping his daughter, was released on bail after she admitted that her mother had coached her in making her accusations.

David Bruce, a researcher at the Centre for the Study of Violence and Reconciliation, said there were many reasons for wrongful convictions.

"An emphasis on performance measures is put on criminal justice officials ... this encourages them to prioritise getting convictions over ensuring that the innocent are acquitted."

Nooshin Erfani-Ghadimi, of the Wits Justice Project, said it was not known how many people were wrongfully convicted but the number of successful or overturned appeals might be an indication.

A spokesman for the National Prosecuting Authority, Bulelwa Makeke, said: "I am not aware of any such cases [wrongfully convictions] ."

She said a wrongful conviction would result if the prosecutor had information or evidence that could exonerate the accused and chose not to disclose it in court.

"This kind of behaviour would constitute malicious prosecution ... it is against the prosecutors' ethics and codes of conduct.

"An accused who believes that he is being wrongfully prosecuted has the right to make a representation to the National Director of Public Prosecutions."

Sean Davison, founder of the Innocence Project SA, which assists the wrongfully convicted, said: "The main reasons for wrongful convictions are eyewitness misidentification, false confessions, use of improper forensic evidence, ineffective legal representation and police misconduct during the pre-trial stages of criminal proceedings."

Justice and Constitutional Development spokesman Mthunzi Mhaga said the department did not have statistics on wrongful convictions.

"The department is confident of its measures to minimise any possibility of a wrongful conviction by its courts.

"These include ensuring that all accused have access to legal aid. This ensures fair administration of justice for all. Review procedures also ensure that convictions are in accordance with the law."