THE BIG READ: An industry on its knees 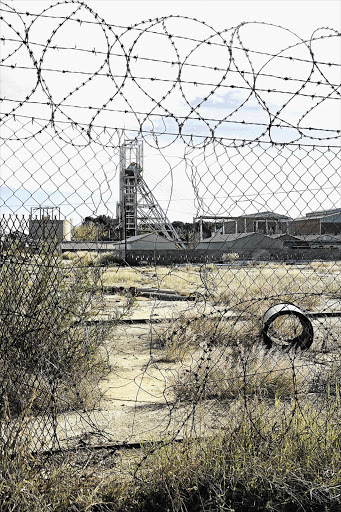 The land of the mining towns is as bleak as the future of the industry
Image: GALLO IMAGES

A hand-drill lying in a hillside tunnel of a 19th-century South African gold mine testifies to the back-breaking labour by black miners that built what was once the world's biggest bullion industry.

But even with basic tools and cheap labour, costs overran returns at the Kromdraai gold mine, north of Johannesburg, which listed in London in 1893 and closed in 1914.

A century later, South Africa's remaining gold mines, which still employ a mostly black and lowly paid workforce, look likely to follow the same fate, as the sun sets on an industry that has produced a third of the bullion extracted from the planet.

Gold's sliding price and surging costs are hitting an industry that laid the foundations for Africa's largest economy but has been slowly dying for decades as ore grades decline and shafts reach depths of 4km, the world's deepest.

Unrest is flaring as restive miners demand more for their toil after over a century of low wages linked to a system of migrant labour that outlasted the end of apartheid in 1994.

A weaker rand, which lowers local costs for gold producers, has given the mines a temporary life-line of sorts but not enough to halt the terminal decline.

According to Roger Baxter, chief economist of the Chamber of Mines, in the fourth quarter of 2012 the price of gold averaged R509000/kg but it fell in the first six months of this year to under R400000/kg.

"This precipitous fall in the price has been the biggest since the 1920s," he said.

This spells doom for an industry that accounted for 79% of world production in 1970, in its heyday, when Johannesburg, still ringed today by dumps of mine tailings, was dubbed the "City of Gold".

Thomson Reuters GFMS ranked South Africa sixth in global gold production in 2012, when it fell behind Peru and produced 177.8t of gold, only 6% of the world total, the country's worst year for production since 1905.

Gold may have lost much of its lustre for the South African economy, accounting for only 1.5% of gross domestic product, but it is still the country's main mineral export, which in 2012 fetched R72-billion, about 10% of all export earnings.

The industry has shed 340000 jobs since 1990, more than two-thirds, and there are fears of further big lay-offs as militancy among workers steps up ahead of tough wage talks this month.

"Further job losses are an inevitability, [because of] falling commodity prices, but long-term labour instability could act as additional downward pressure on the sector," said political analyst Nic Borain.

This is a headache for President Jacob Zuma and the ANC.

The party wants to head off further strife in the mines after wildcat strikes and violence stemming from a union turf war last year killed about 50 people and hit the country's credit rating.

The membership war between the Association of Mineworkers and Construction Union, and the National Union of Mineworkers (NUM), a key ANC ally, has rumbled on and the latest government effort to defuse it is showing little progress.

Much of the gold workforce, drawn from rural areas far from the shafts, is illiterate and will struggle to find work in a slow-growing economy in which 25% are unemployed.

"It's not a labour force that naturally joins the queue to join the middle class. It has one foot in urban squatter camps and one in poverty-stricken rural areas," said Borain.

South Africa's fortunes as the world's No. 1 platinum supplier have been sinking, too, and top global producer Anglo American Platinum wants to cut up to 6000 South African jobs to restore profits.

But gold is outpacing the white metal in the race to the bottom.

They are now in flight on speculation that the US Federal Reserve will wind down its stimulus programme, "quantitative easing", as the US economy picks up.

"Gold has been in a bubble and that bubble is deflating," said Société Générale analyst Robin Bhar.

"This year we could well touch $1000/oz. Anything you think could be negative for gold will be negative," said Bhar.

The gold mines were able to earn tidy profits in 2008 and 2009 when gold was at $1000/oz, but costs - notably labour and power - have ballooned. In the fourth quarter of 2009, for example, AngloGold Ashanti's cash costs in southern Africa were $575/oz, but by the same period last year its cash costs in South Africa had doubled to $1166/oz.

Major South African gold producers have among the weakest pretax profit margins in the industry.

Harmony Gold, which gets more than 90% of its output from South Africa, keeps less than 10% of its sales as pretax profit, according to Thomson Reuters Star Mine.

Gold Fields and AngloGold, with most of their production outside South Africa, fare better with about 19% and 15%, respectively.

This pales in comparison to 28% pretax profit earned by Canada's Kinross Gold or the 44% that Russia's Polyus Gold delivers, Star Mine data show.

But AMCU and NUM insist they are still not being rewarded with the full fruits of their labour, despite warnings from the companies and industry analysts that more wage pressure will accelerate the industry's demise. - Reuters