Bye-bye to our Sweetie Pie 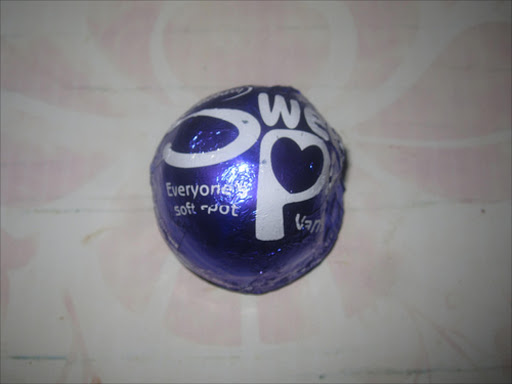 Olivia Hansen, the local public relations business manager for the company, said the product, which was only available in South Africa, had a "very loyal but small consumer base".

"Over time, consumer taste preferences change and thus, due to the small consumer base, the product was not sustainable and a business decision was made to discontinue it earlier this year."

The treat - described as "Whipped Crème on a Wafer Biscuit smothered in Delicious Cadbury Dairy Milk Chocolate" on the company website - is already sorely missed by South African expats in the UK.

An online store in the UK that sells local products, such as boerewors, Big Korn Bites and Fizzers, sold Sweetie Pies at £1 (R15) each. The company, called Bizzi B's, has three stores in the UK.

Kathryn Ross, manager of the Kingston branch, said customers would buy 10 at a time.

"We used to sell it quite quickly. It is something we all remember from our childhood when we tend to miss home," said Ross.

"We even managed to pack it in such a way that it wouldn't get squished. Nobody wants a squished Sweetie Pie."

But about a year ago Bizzi B's could no long source the chocolates and stopped taking orders. Now it offers Nestlé Chocolate Logs as an alternative.

Rondeo Schoeman has been living in the UK for almost 10 years. He remembered wailing for the treat at the till as a child.

"But Mom would take no prisoners," said Schoeman.

Tamzen Titus, 28, from Cape Town, said: "Sweetie Pies rock. It's better than chocolate. I've been eating it all my life, it is the first thing I buy when I get paid.

"It was my first ever Valentine's Day gift in Grade 3."

Titus, like many, used to bite off the chocolate and scoop the "crème" away with her finger, eating the biscuit last. But all is not lost.

"If Woolworths didn't have Cutie Pies I would die," said Titus.