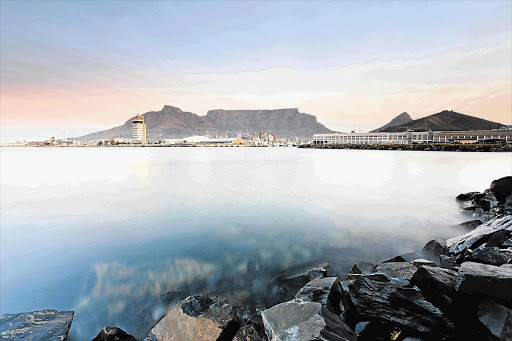 Cape Town has beaten the likes of Sydney, New York and Hong Kong in a top city survey
Image: THINKSTOCK

The City of Cape Town has given the go-ahead for a sought-after parcel of land in the upmarket Sea Point neighbourhood to be sold by a group of land claim beneficiaries - after they ran into debt trying to develop the land.

But critics said many of the 34 Tramway Road claimants, who received the land from the city council in 2001, will end up with nothing when the land is eventually sold.

The beneficiaries had been evicted from the area in 1961 due to the Group Areas Act.

Father Matthew Esau, acting on behalf of several beneficiaries, last week wrote a letter to the Master of the High Court, complaining that decisions about the sale of the land had been made without informing the beneficiaries, that no annual general meetings had taken place for years, and that funds were misappropriated.

The city's latest valuation priced the land at R18.6-million.

According to Esau, the trust, along with Cape Town developer David Bunce, had borrowed money from Investec to build upmarket apartments, which would then be sold for a profit to benefit the trustees.

But since the development was announced several years ago, there had only been excavation on the land.

Edward Collins, 75, one of the beneficiaries, said Bunce's company, Novabuild, had stood surety for the initial R11-million loan from Investec.

"The last I heard it had shot up to R14-million. He [Bunce] made excavations without having sold any units, and when we asked him about it, he told us it was because of the economic downturn," said Collins, who lives in Bonteheuwel on the Cape Flats.

He said beneficiaries were kept in the dark by chairman Leonard Lopes, and were not sure whether they, or Bunce, were liable for the interest on the loan.

"It stinks to think that we old people can't leave anything to our children," Collins said.

Esau has advised some of the beneficiaries to go to court to prevent the sale of the land.

"The question that should be asked is whether there was any agreement with Bunce. If there was, why didn't the bank go after him to recoup the cost of their loan?" Esau said.

Lopes said there was "too much" politics attached to the upmarket apartment project, and the trust had decided to sell the land.

"We're just waiting for permission from the city council."

He said the land would be sold to pay off the trust's debts and what remains would be divided up among the beneficiaries.

Bunce refused to comment, claiming the matter was sub judice.

Cape Town's acting mayoral committee for human settlements, Ernest Sonnenberg, said there would be no opposition to the land being sold.