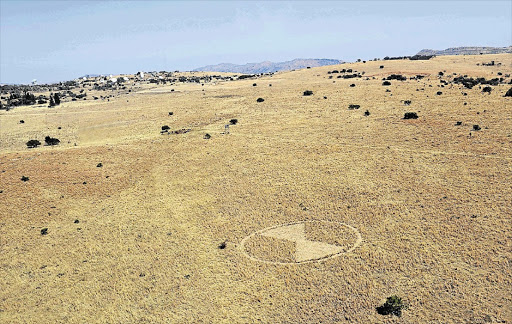 ALIENS? A crop circle, about 50m in diameter, was spotted on the outskirts of a farm near Tarlton, West Rand, on Monday.
Image: WYNAND KEMP

Ben 10 is up to mischief again. This time the cartoon character has left his mark on a farm near Tarlton in Gauteng.

Cartoon Network yesterday announced that the crop circle that reportedly baffled a Gauteng farmer, a pilot and a specialised company was a joint marketing campaign by Arcay Burson-Marsteller and HDI Youth Marketeers for the launch of the second season of Ben 10 Omniverse.

The stunt follows last year's campaign, which created a buzz around UFO sightings in Johannesburg.