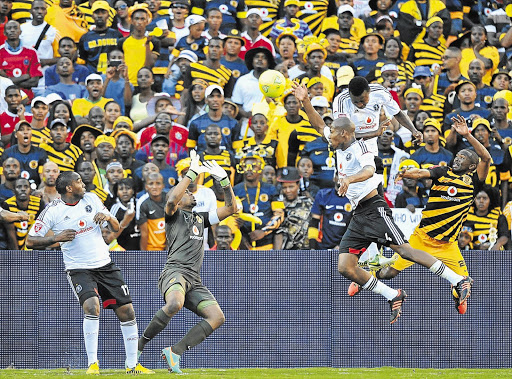 Kaizer Chiefs and arch-rivals Orlando Pirates continue a long tradition this weekend, of meeting in knockout tournaments with Chiefs having won nearly half of all cup meetings between the two clubs.

Chiefs have won 29 of the previous 62 cup matches between the two clubs going into Saturday's first leg of their MTN8 semifinal at Soccer City.

Pirates have 16 wins - including the last cup meeting between the two when Oupa Manyisa scored in extra time to win the MTN8 two years ago - with 14 draws. Three matches were abandoned.

But there have been only six cup matches between the two clubs in the last decade in contrast to a flurry of meetings in knockout competition in the early days of the rivalry between the Soweto giants.

Exactly 30 of the first 50 clashes between the two sides were cup ties - the other 20 in the league.

Chiefs and Pirates played their first ever match against each other in the Rogue Beer Cup in January 1970, ironically as a curtain-raiser.

The two sides had been beaten in the semifinals of the eight-team competition, which offered total prize money of R1000, and had to play off for third place at the Orlando Stadium in the curtain-raiser to the final later in the day.

The first ever meeting between the two giants took place in a year in which there was no structured league but rather several smaller one-off competitions.

But a 10-goal thriller, which Pirates won 6-4 in dramatic circumstances, set the tone for many similarly thrilling cup matches in the future.

Chiefs vs Pirates cup matches in the last 20 years