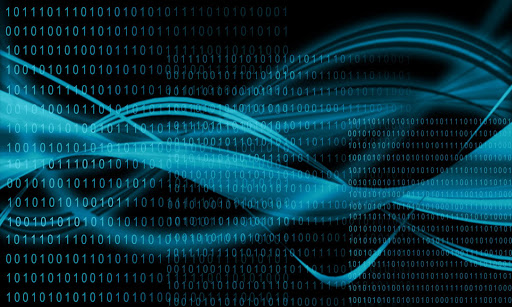 The cracking of a massive international child-pornography ring, with links to South Africa, has unmasked tens of thousands of paedophiles across the world.

The discovery of millions of explicit images of children and adults, and the physical, postal and e-mail addresses from encrypted computers, is thought to have led police to an intricately linked web of sexual predators.

Raids carried out in Canada in June and July pointed a team of international investigators to South Africa and led to the arrest of six people. They are the headmaster of a prominent private school in White River, Mpumalanga; a retired principal in Carletonville, Gauteng; a teacher in Florida, Gauteng; an IT specialist, a lawyer and a dermatologist.

Those investigating the South African link said the arrests were the result of a large-scale international investigation - dating back to 2009 - of paedophiles who operate through clandestine internet chat forums.

Conducted by UK, Canadian, US, Australian and European authorities into online forums such as the now defunct boylover.net, these investigations gave police insight into the operations of global paedophile networks.

Boylover.net - which was operated from The Netherlands - promoted sexual relationships between adults and young boys. At the height of its operations it boasted as many as 70 000 members worldwide, according to the European policing agency, Europole.

"It attempted to operate as a 'discussion-only' forum, in which people could share their sexual interest in young boys without committing any specific offences, thus operating 'below the radar' of police attention. Having made contact on the site, some members would move to more private channels, such as e-mail, to exchange and share illegal images and films of children being abused," Europole said.

"The men [four aged 46 and the others 49 and 63] were arrested in North West, Gauteng, Free State, KwaZulu-Natal and Mpumalanga for possession of child pornography.

"They are all suspected to have been involved in an international child-pornography syndicate."

Makgale said the men were arrested in raids on 15 houses across the country.

Investigators were obtaining warrants in the pursuit of other suspects, he said.

"We are investigating possible links between those we have arrested . we want to establish whether they are involved in the distribution and manufacturing of child pornographic material."

"Our detectives - whose investigations are for now focused on South Africa - are trying to establish if any of the films were manufactured here," said Makgale.

The suspects, some of whom are out on bail, will appear in court between September and October.

According to police, the men are alleged to have ordered DVDs and downloaded images from a Canadian-based website.

Yesterday, the sister of the headmaster of the private school told The Times that his family wanted the law to take its course.

"As family and friends we stand 100% behind our brother and son and believe totally in his innocence and support and love him.

"We will not abandon him," she said.

His school - in a letter to parents announcing his dismissal - described his three years at the school as characterised by "exceptional professionalism . [and] the respect of his teaching colleagues, parents and pupils".

The head of the school - who cannot be named as it will identify the suspect, who is yet to plead - said there was a professional formal recruitment process, including thorough background checks and legitimate references, for hiring staff.

"It is far bigger than anyone imagined . it has links to suspected paedophile rings across the world. None of those on the team ever imagined it would be this big . that it would stretch this wide and involve so many.

"What they have found is just the tip of the iceberg and involves numerous people, including many in positions of trust.

"The race is now on to catch these people and to try and find those they are thought to have harmed before it is too late. At this stage no one knows what has happened to the hundreds of children depicted in these images and films," he said.

The Film and Publication Board said yesterday it would assist police and prosecutors with their investigation. Board spokesman Prince Ndamase said its experts would assist with determining the classification of images and films.

INTERNATIONAL child pornography investigations by police across the world have led to several arrests, the seizure of thousands of pornographic materials and the rescuing of some victims.

Each investigation has provided information that led to the next, including the current one in South Africa.

February: World's largest internet-based paedophile ring was uncovered. It was said to have over 40000 members. Europol and Interpol played a leading role in identifying 670 suspects and 230 children in 30 countries.

Nearly 200 people were arrested in the US, Canada, Europe, the UK and Australia.

The website was hosted by a server in The Netherlands and, at its height, had up to 70000 members worldwide.

The website, which has been taken down, attempted to operate as a "discussion-only" forum in which people could share their sexual interest in boys without committing a specific offence, thus operating "below the radar" of the police.

Having made contact on the site, some members would move to more private channels, such as e-mail, to exchange and share illegal images and films of children being abused. Computers seized from those arrested yielded huge quantities of child-abuse images and videos.

August: 72 people were arrested in Canada, Germany, the US and France after a two-year investigation into an online child-porn ring. Police seized 16000 DVDs.

February: Canadian police arrested 60 people in connection with 213 offences relating to 22 victims who were rescued.

February: A child-sex ring with links to Australia, the UK, Canada, New Zealand and the US was uncovered.

June: Canadian police announced the arrest of 22 men and the rescue of two children. The police, after spending weeks trawling through the data stored on seized computers, found millions of child-porn images.

August 15: Six South Africans, including a retired high school principal, a primary school headmaster, a teacher, an IT specialist, a lawyer and an import-export businessman, were arrested in Gauteng, the Free State, Mpumalanga and North West.

The six suspects are among 26 people a special police team was assigned to investigate.