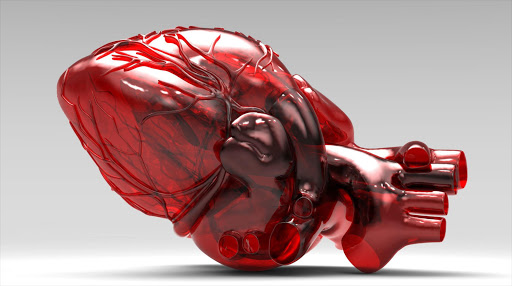 Scientists are working on ways to print out almost every organ and some of their efforts are about to break into the medical mainstream.

An exhibition of items produced by means of 3D printing - the process of making a three-dimensional, solid object of virtually any shape from a digital model - is opening at the Science Museum in London in October.

Among the hundreds of items that will be on display, from aeroplane parts to art works, will be a 3D-printed bladder that is just one example of work worldwide to make 3D-printed organs a reality, changing surgery and transplants forever.

Kevin Shakesheff, a professor of tissue engineering at the University of Nottingham, says researchers are currently working to reproduce almost every human tissue.

"I'm optimistic that people 100 years in the future will look back and see that now was when all those human structures started being created,

"But what you see coming through now is printing technology proposed for simpler applications like bones, tubular tissues and blood vessels." Shakesheff says.

'If we work hard and we're lucky we could be transforming transplants so you never have to wait for a donation again," he says.

All this is coming to a head because of improvements to printing technologies, which are now starting to achieve the same level of resolution as found in the human body.

A one-off prototype of a human ear was recently produced through a 3D-printing experiment, while techniques to print skin and vascular tissue have already been developed.

Shakesheff and his team are currently working on two projects: one to print out bone and the other to recreate a liver. While the latter is still in the very early stages, their bone-printing method could be used in hospitals within 18 months, and operations using bones printed in other ways have already taken place.

"Our material for bone repair flows like a toothpaste at room temperature, then it hardens at 37 degrees and in the presence of water," Shakesheff explains.

"But," he says, "what you see coming through now is printing technology proposed for simpler applications like bones, tubular tissues and blood vessels."

And biological complexity is not the only thing slowing up the reproduction of organs through 3D-printing.

"There are regulatory concerns in all this," says Carlo Quinonez, a research scientist at Autodesk, a US-based 3D-design software developer.

While those making pharmaceutical drugs can be more or less sure of the effect they are going to have on a patient, with printed organs the product will be alive and changing, and doctors will often have only one chance to insert it.

Nevertheless, visitors to this year's exhibition might feel like they are witnessing something from sci-fi but, for the younger ones, printed organs could be very much part of their medical future.