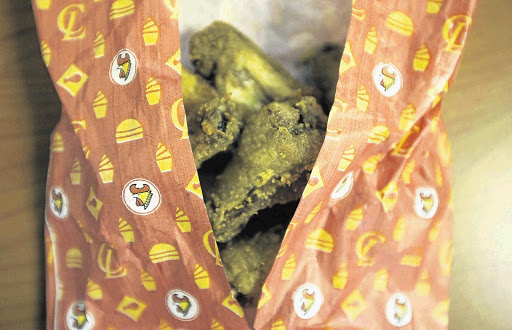 In the Johannesburg High Court, Golden Fried Chicken successfully blocked Maxi's Grill from using the terms "full house" and "family full house" in its menu or on any advertising material.

The two parties eventually reached a settlement that the court approved last week. Chicken Licken, which has about 200 outlets in South Africa and an annual turnover of R1.3-billion, claims to have used the "full house" trademark for 18 years.

In court papers, Golden Fried Chicken's director George Sombonos said he started up Chicken Licken after tasting 20 pieces of chicken a day to find the perfect mix. He is so secretive about the recipe that his wife doesn't even know it.

Deon Bouwer, who represented Maxi's Grill in the matter, said the chain will now offer the "mega works breakfast" instead of the "full house".

"We made a business decision not to pursue the matter further as it will cost us a lot of money in legal fees. But we do not believe that anyone should monopolise the words 'full house'," he said.

Previous legal action by Golden Fried Chicken has ensured that Moyo restaurants can no longer use the term "hot wings". In addition , a Johannesburg hotel apologised in court for using the term "soul food" as Sombonos owns the right to the word "soul" in reference to food in this country .