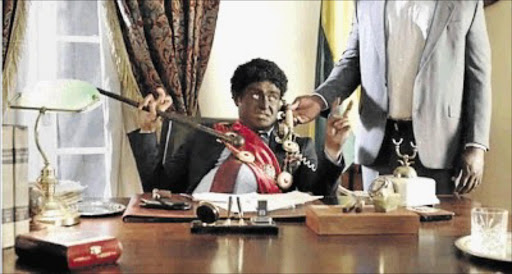 A popular fish restaurant has been ordered to stop airing a racially offensive advert.

After receiving two complaints, the authority found the advert was discriminatory and likely to cause offence to black people.

The advert starts with a white man saying he wants to educate people about the restaurant's fish, which is fresher than that of its competitors, some of whom might mislead the public by passing off frozen fish as fresh.

He gestures to indicate inverted commas, signing that sometimes "fresh" fish is not what it claims to be.

The man then impersonates people who bend the truth. These include an estate agent, a casting agent and an unhappy girlfriend - each a "well-worn stereotype".

In each instance, bar one, the character is white.

It was the non-white character - clearly the white man painted black and speaking in a thick African accent - that riled the two people who complained.

The white man says on the phone: "You just need to put that in the 'expense account'," with the last two words in inverted commas.

The two viewers found the advert to be offensive because it implied black politicians were liars.

The authority summarised their complaints as: "The black character is depicted with derogatory intention, speaks with a thick accent, and recalls a stereotypical black dictator.

"To achieve the desired result of showing a corrupt official, there was no need for the man to be made out to be black."

Yesterday the restaurant's general manager, Davin Berrill, insisted: "We never intended to offend anybody and all the scenes in the advert were meant to be humorous."

Branding and advertising expert Andy Rice agreed that the restaurant had contravened the advertising industry code.

"They could have depicted the politician without painting him black.

"In the advert he plays [several] characters and only in this character is he painted, which sends out a wrong message to the public," Rice said.