Daimler to wheel out self-drive car by 2020 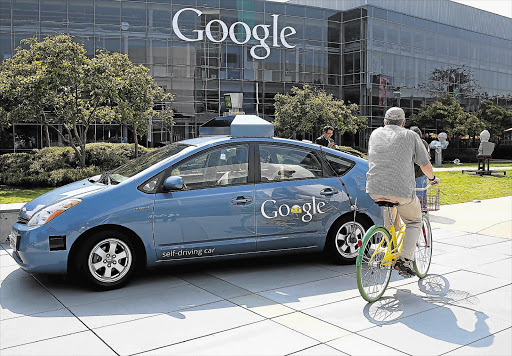 Germany's Daimler plans to start selling a self-driving car by 2020 as part of its campaign to regain the top spot among premium car makers, its development chief said.

Car makers and suppliers are working on ways to make driving safer and more comfortable through automation, and the race is on to bring the technology to the mass market.

"We want to be the first to launch autonomous functions in production vehicles. You can be sure we will accomplish that in this decade," Daimler head of development Thomas Weber said.

Daimler, battling to regain the top spot in the luxury car market from German rival BMW, is focusing on "highly automated driving", in which cars master situations such as cruising the motorway or manoeuvring through traffic jams while the driver relaxes.

The car would recognise difficult situations, such as dealing with traffic lights or urban driving among pedestrians and cyclists, and hand control back to the human behind the wheel.

Daimler, the maker of Mercedes-Benz and Smart cars, is not alone in its ambitions. Japan's Nissan, for example, has also announced plans to launch a car guided by computers this decade.

Testing is already under way in many countries. US internet search and advertising group Google has fitted out several cars with radar-like equipment that lets them navigate roads in California and Nevada.

The technology will feature at this week's Frankfurt car show, though experts say the move from dream to reality will probably take 10 to 15 years.

German vehicle supplier Continental aims to enable cars to drive themselves at speeds of up to 30km/h by 2016, and at up to 60km/h by 2020.

Daimler's Weber said it was hard to forecast exactly when drivers would turn into passengers in their own cars.

"Autonomous driving will not come overnight but will be realised in stages," he said.

One obstacle to overcome is making it legal for cars to steer themselves. EU laws call for drivers to be in control of cars at all times, so test vehicles at Daimler and BMW need special approval in Germany.