Durban up for Olympics 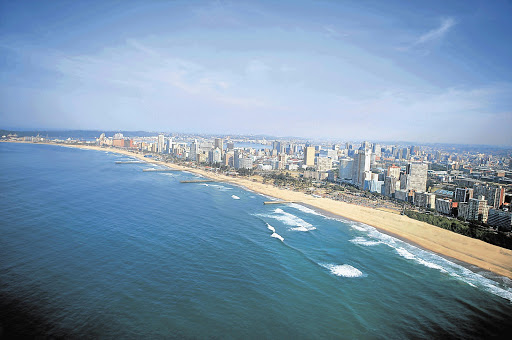 South Africa, through Durban, is ready to bid for the 2024 Olympic Games.

The Sport and Recreation Ministry said yesterday the city's infrastructure, humility and humanity were "fantastic and world class".

"The sport economy is one of the major fundamentals for the country. We continue to attract major events . and are attractive to the world after hosting world events like the Fifa [soccer] World Cup," said Department of Sport and Recreation spokesman Paena Galane. "Now, we believe we are ready, through Durban, to host the Olympics."

He added: "Interestingly, Sport Minister Fikile Mbalula is in Argentina attending the World Anti-Doping Agency executive meeting on the sidelines of the International Olympic Committee, where delegates, after the announcement of Tokyo [as 2020 Olympics city], spoke of Durban as the preferred destination."

According to the KwaZulu-Natal Tourism master plan, the province hopes to bid for the rights to host several major world sporting events in the next 17 years.

The head of its department of economic development and tourism, Desmond Golding, said yesterday the province had not taken an official decision on bidding for the Olympics. But it was encouraged by the recent recognition of Durban as South Africa's friendliest city and among the world's top 10 cities of the future.

Besides an ambition to become known as Africa's top beach destination, KwaZulu-Natal has identified sports tourism as a niche that will attract thousands of visitors to the province. Over the next two years, the province will develop a sports and events strategy.

Golding said the province would bid for sporting events that were not necessarily mainstream.

"We have become a big hit in the golfing fraternity since we hosted the Women's World Cup of Golf. In fact, KwaZulu-Natal has hosted more world golf championships in relation to the European circuit than even the UK.

"Durban has all the ingredients to host the Olympics and other major sporting events," he said.

In 2011, the cabinet threw out Mbalula's bid - with Durban as the frontrunning city - for the 2020 Olympic Games, saying South Africa wanted to focus on priorities such as alleviating poverty.

At the time the president of the South African Sports Confederation and Olympic Committee, Gideon Sam, said Durban would need at least R31-billion to build new venues for the Olympics.

Durban had already planned where it would build an aquatic and equestrian centres, and an indoor sports area, as well as the Olympic village.