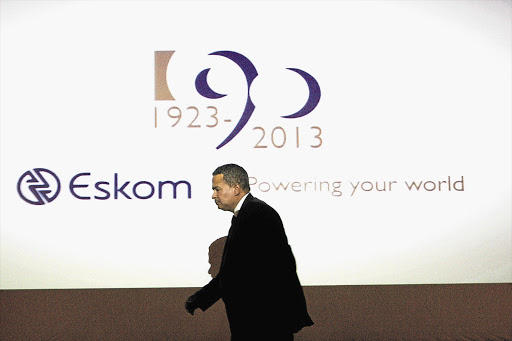 Eskom CEO Brian Dames presented Eskom's annual results for the year to March on Wednesday. The power utility reported a profit of R5.2-billion. Earlier in the week, Dames said the first unit of beleaguered Medupi power plant would come on stream only by the middle of next year, while the cost of the plant would increase by another R14-billion to R105-billion. The delay means South Africa may have a 700MW electricity shortfall next year.
Image: KATHERINE MUICK-MERE

Eskom has successfully got through the winter but is asking its customers to "live lightly" during the summer as constraints on the power system continue.

Eskom CEO Brian Dames said in Cape Town yesterday that a precarious power supply should be expected until the two new coal-fired power stations, Medupi and Kusile, come on line.

Though in winter electricity demand peaked between 5pm and 9pm - with residential users most responsible for pushing up demand - commercial customers used most of the power in summer, said Dames.

He asked people to "live lightly" in summer by using air conditioners efficiently - setting them not lower than 23C - switching off geysers and pool pumps between 5pm and 9pm, switching off lights and keeping an eye on the Eskom power bulletins on television.

"We consume [power] quite excessively," he said.

Though delays had pushed back the commissioning of the Medupi power plant, near Lephalale, in Limpopo, to the second half of next year, work on it was now progressing well, Dames said.

"Despite the recent strikes in other sectors, we have managed to keep labour stability and have continued construction at Medupi."

Work on the Kusile power station in Witbank is also progressing well.