ON STAGE: A tale of two hearts 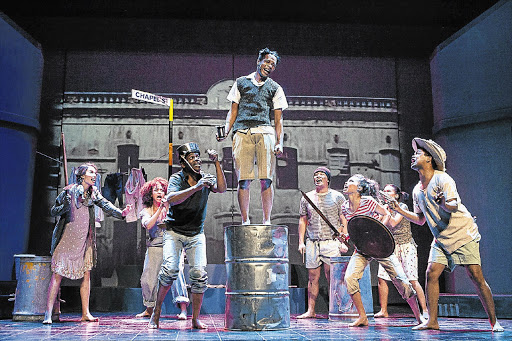 Loosely based on The Corsican Brothers by Alexandre Dumas, Blood Brothers tells the story of separated twins who grow up at opposite ends of the socio-economic spectrum.

David Kramer first saw the Olivier Award-winning musical in the 1980s and was impressed by its emotional impact.

"It struck me that the Blood Brothers story would resonate with our audiences if it could be relocated from Liverpool to Cape Town," he said.

Creator Willy Russell, who adapted his plays Educating Rita and Shirley Valentine into Oscar-nominated films, was thrilled at the idea.

"Without David Kramer I would never have let them do it, but with him and with Pieter Toerien [producer of Phantom of the Opera], I am delighted to do so," he said.

This adaptation loses nothing in translation thanks to the parallels between Liverpool's "slum clearance" scheme and Cape Town's forced removals during apartheid.

Digital images are projected onto sliding screens to quickly recreate several locations around the city while the dialect is a fusion of English and Afrikaans to indicate social class.

Musical supervisor Isobel Alistair and saxophonist Donveno Prins rearrange the rhythms and instrumentations in a few of the two dozen songs, performed live by a never-seensix-piece band.

The cast of 13, many of whom play multiple parts, is led by Fleur du Cap Award winners Dean Balie and Ephraim Gordon. Some of their best scenes are as children navigating a new friendship, mildly aware of their differences but blind to the truth that they are brothers.

Bianca le Grange, who has released four albums since her breakthrough on Idols in 2002, is outstanding in the role of their mother. Her voice is especially powerful in the final number.

Blood Brothers is a perfect fit for Kramer, who already has six musicals of his own. These include his collaborations with the late Taliep Petersen - Ghoema, Kat and the Kings, Poison, and District Six.

"It doesn't feel like we're competing with other productions in any way," narrator and Fleur du Cap Award winner Elton Landrew said. "David is making this one his own."