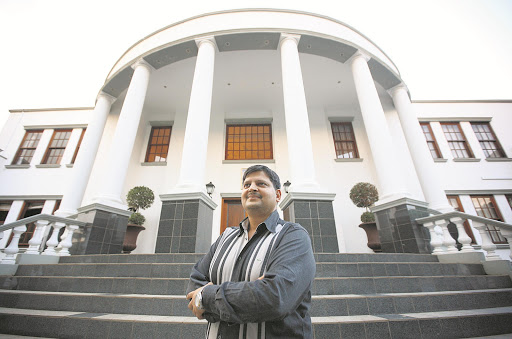 Sharing information about a military tribunal's preliminary probe into the landing of private jet at Waterkloof Air Force Base is against the law, the SANDF said on Wednesday.

"Those who are responsible for discussing in the media the preliminary investigation proceedings must refrain from such as it is in contravention of the... act. The SANDF military courts regard this matter as sub judice."

It was reported at the weekend that seven helicopters carrying Gupta family wedding guests were authorised to fly from the base to Pilanesberg to meet President Jacob Zuma,

This was reportedly contained in the tribunal's preliminary investigation report.

The tribunal is investigating five SANDF members in connection with the landing.

Beeld reported on Thursday that two of the five members had implicated Zuma in affidavits.

According to the newspaper, an excerpt from Lt-Col Christine Anderson's statement read: "On or about 17 April 2013, Mr [Bruce] Koloane phoned me and he informed me that he had returned from the president and that the president wanted to know 'if everything is still on track for the flight'."

Koloane has since been demoted.

Anderson reportedly confirmed that Zuma was referred to as "number one" for security reasons.

A chartered commercial aircraft, Jet Airways flight JAI 9900 from India, ferrying more than 200 guests to the wedding of Vega Gupta, 23, and Indian-born Aakash Jahajgarhia, landed at the base in April.

The landing sparked widespread criticism and several investigations were launched.

A government investigation exonerated Zuma and his ministers, and found that the landing was the result of "collusion by officials".