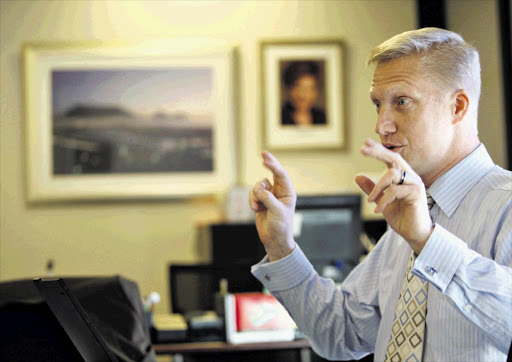 Cape Town traffic cops say they have arrested one of their most wanted traffic offenders - Sibusiso Funiselo, 33, a minibus taxi owner.

Since his arrest in September last year, he has been dubbed the "most wanted" by the city's traffic cops.

Yesterday he was arrested again on 238 warrants, with outstanding traffic fines of R155600.

The aim, he said, was to have cars with outstanding fines impounded.

"Funiselo has a history of not appearing in court . [which means he] has a double contempt of court order issued against him," he said.

Smith said many taxi owners have settled their fines after the city started instituting an "admin mark" on those with outstanding traffic fines.

That is because if the offenders did not pay up, they could be blocked from conducting any business with the city.

Among the city's top traffic offenders were police officers who stood as proxies for police vehicles.

Smith said Funiselo's warrants " are coming in from all over" Cape Town. The city had offered a R1000 reward for information that could lead to the apprehension of any of the listed top 100 traffic offenders.

But after his court appearance, an unrepentant Funiselo said he was unaware that he was the city's most wanted traffic transgressor.

He said his drivers were the actual offenders. He said the fines were captured in his name as he is the registered owner of the taxis.

"I talk to my drivers all the time, telling them to adhere to the rules of the road," he said.

He was willing to pay all his fines even though, like many drivers, he disputed their merits.