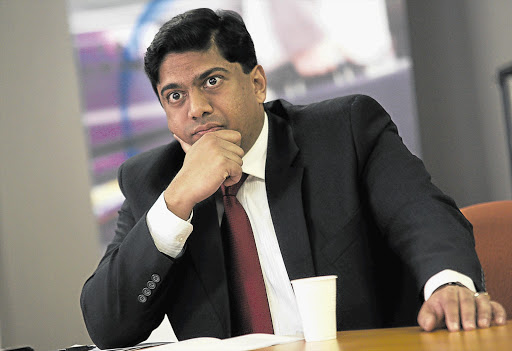 The SA Chamber of Commerce and Industry (Sacci) said it hoped this austerity trend would extend beyond office policies, and be reflected in fiscal policy as a whole.

“This is definitely a step in the right direction and follows the lengthy public outcry over wasteful expenditure by senior government officials,” said CEO Neren Rau.

While Grant Thornton said the measures were encouraging, the context of the medium-term budget was clearly a pre-election one.   It focused on the common question of what was corruption and where was money being wasted, said Grant Thornton tax partner AJ Jansen van Nieuwenhuizen.

“This is a very politically targeted budget, with initiatives announced that will resonate with the larger voting public.”  Business Unity SA said dealing with government spending and public debt management created an improved fiscal basis for the future.

On Wednesday, Gordhan announced that the government planned to slash perks for all officials from ministers to mayors. It hoped to save more than R2 billion in the process.

He said the new rules would apply from December 1, in all spheres of government, and would spell an end to million-rand cars, lavish trips, and luxury home improvements for Cabinet ministers.

Some organisations welcomed Gordhan’s comments about government debt and the commitment to reduce the fiscal deficit.

“Fundamentally, the fiscal deficit can only decrease if government spending is cut in a big way, which implies that the commitment to financial stability and sustainable fiscal policy must be reflected throughout the MTBPS.”  Sanlam Investment Management economist Arthur Kamp said the lower projection for the consolidated budget deficit reflected accounting changes, which were line with the IMF Government Finance Statistics Manual of 2001.

He said growth disappointment had been a problem for the Treasury. Its revised real gross domestic product forecast of around 3% to 3.5% over the next three years was significantly lower than in previous years, but was still reasonable.

As a result, the deficit was expected to narrow at a slower pace over the medium-term.

Busa’s special adviser Prof Raymond Parsons said the organisation was concerned that the already sluggish growth rate of 2.1% was expected to rise to only 3.5% by 2016. This was inadequate to reduce unemployment, inequality, and poverty.

Trade union Solidarity said the medium-term budget was based on an unsustainable model of deficit spending, mounting government debt and onerous taxation.

Solidarity Research Institute senior economics researcher Piet le Roux pointed to the fragility of the country’s national debt situation.   He said government debt had been rising over the past 10 years, particularly in the past four years.

It now totalled R1.6 trillion, which did not include direct government debt guaranteed for organisations like SA National Roads Agency Limited, Transnet, SA Airways and Eskom.

“While the current environment of unusually low interest rates means that the government debt service cost, as a percentage of government revenue, is currently only 10%, there is in fact a significant risk in the event of any normalisation of interest rates,” he said.