Why make war on the Bushmen? 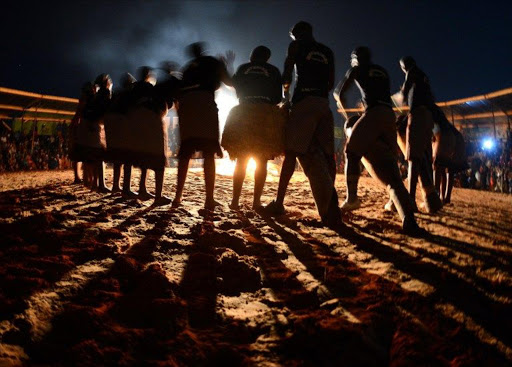 The Kalahari Plains Camp, in the central Botswana desert, is a great place to have a bush holiday. Many of the staff are of Bushman origin, and Wilderness Safaris, which runs the camp, offers guided walks on which "guests gain life-changing insights into the unique culture of this fascinating people".

The local Bushmen have been getting some fairly life-changing insights themselves. The Botswana government gave Wilderness Safaris permission to dig boreholes for water, which supply a pleasant swimming-pool. But the government prevents the Bushmen of the Central Kalahari Game Reserve from digging for water. It wants to drive them out and is using thirst as a weapon.

Most of the Bushmen have been moved out of the game reserve - often forcibly, though the government denies this. They were transported to camps outside the reserve: to places like New Xade, awash with disease, prostitution, and the cheapest and deadliest booze. Their character as a people is being relentlessly destroyed there. Those left in the reserve are threatened, abused, and forced to get their drinking water from plants and trees.

But the Bushmen don't lack friends. The London-based Survival International has called for a tourist boycott of Botswana.

A British lawyer, Gordon Bennett, has devoted much time and effort to fighting their cases in the Botswana courts. And, because Botswana is a functioning democracy with an independent judiciary, he won a stunning victory in January 2011. The Court of Appeal ruled that the Bushmen could reopen a borehole blocked by the government and sink new ones. The judges described the Bushmen's experience as "a harrowing story of human suffering and despair".

But the government frustrated the court's ruling. And, after another big legal success this summer, Bennett has been barred from returning to Botswana.

Why should an otherwise enlightened government treat its Bushmen like this?

The basic problem is that their traditional lands lie in the middle of the world's richest diamond-field, which is mined by a British outfit, Gem Diamonds. Gem Diamonds has cooperated with a South African aid agency, Vox United, to dig one water hole for the Bushmen but the government has made it difficult to dig more, and has done nothing to provide the Bushmen with water.

Botswana's president, Ian Khama, internationally recognised conservationist, seems to feel that the Bushmen, who live by killing game, must be prevented from doing so. But he didn't stop King Juan Carlos of Spain shooting elephants in Botswana last year.

Increasingly within Botswana people are asking why their government, moderate and successful in other ways, should court international disapproval by treating the Bushmen so appallingly.

And perhaps, as they sip their poolside gin-and-tonics, some tourists will ask why the Bushmen, who are such a part of Botswana's enduring attraction, should not be allowed even water to drink.

For more information you can check out Survival International.