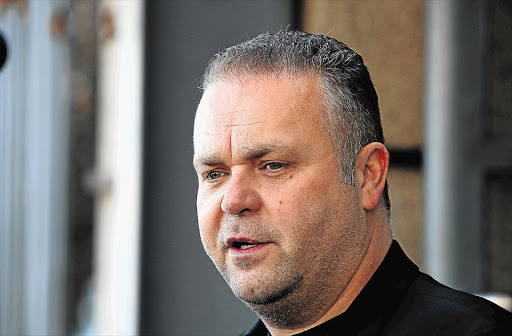 Radovan Krejcir, who is alleged to have ordered the 2010 murder of strip club owner Lolly Jackson.
Image: ALON SKUY

"I never took possession of the money. I never saw the money," Steyn was quoted as saying.

The newspaper reported that Steyn denied being aware that the company, Groep Twee Beleggings, was linked to Krejcir until five months later, a day after the murder of strip club owner Lolly Jackson.

Steyn said the loan was organised by security consultant Cyril Beeka, who was shot dead in March 2011, so that Steyn could be a part of a start-up security company.

According to Steyn, Beeka agreed to service the loan until the company was up and running.

After Jackson's murder, Steyn helped profile possible suspects for the first two days until the Hawks took over the investigation. It was then that he realised Krejcir's links with Groep Twee.

Steyn said he contacted Beeka at this stage and asked: "What the hell have you done to me?"

After Beeka's death, Steyn received a summons for the R400,000 loan. A businessman friend of Steyn's said he was owed nearly this much by Krejcir and a deal was struck for these debts to cancel each other out.