'He's up there with Jesus Christ' 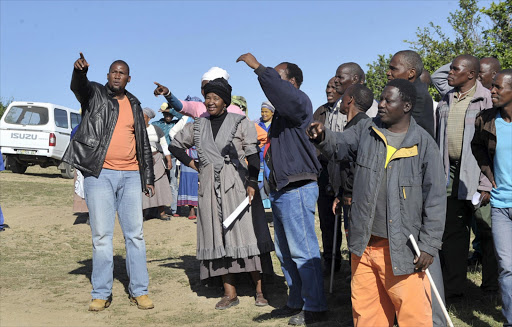 They gathered in a rondavel not far from where a South African flag flew at half mast to honour the former statesman.

On Friday more than 200 villagers gathered at Mvezo Great Place for a three-hour service.

On Saturday, Mayibuye, 18, and a group of women from the village joined in prayers, and song and dance, honouring Mandela. Mayibuye told those gathered there that Madibawas an example of the kind of leader the world needed.

"He was an exemplary person with principles. His famous statement before his conviction [in the 1963 Rivonia Trial], that he was prepared to die for this country, many people should learn a lot from that," said Mayibuye.

Many villagers thanked Mandela for the role he played in their lives.

"There is no one in the world after Jesus Christ that has made such an impact on our lives," said one woman.

Another villager said: "All we need is to say 'Bye-bye Madiba, there was no one like you'.

"We are all hurt, we loved him. This man sacrificed his life, his family life for the people of the world."