Top 5 games of the year 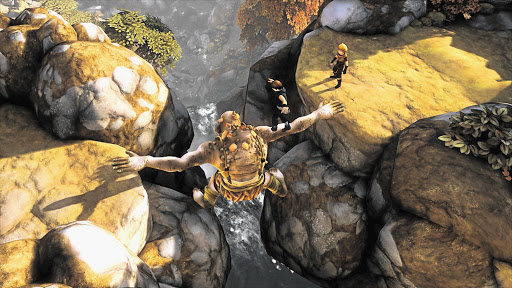 1 Brothers: A tale of two sons

In this game every element works together to provide a full experience. There is no real dialogue, only gibberish as you guide two sons on a quest to save their father.

The game isn't perfect by a long shot, but the way all the elements tie together leaves its imperfections adding texture. It is a modern classic.

Indie titles have been fairly strong this year, and this is one of the best. It gives you tight controls and fun mechanics while relying on the fact that you will die a lot.

3 The wolf among us

This takes place in the comic book world of Fables, a series about a community of fairy-tale characters living in New York. You play as the community's sheriff, Bigby Wolf - also known as the Big Bad Wolf - a hero rather than anti-hero, which is refreshing. Only episode one has been released but it delivers a strong story filled with characters you want to get to know better.

The plot is set around you becoming the mayor of a small town by the seaside where you will do everything from pulling up weeds to digging up fossils for the museum and fishing. You have to pay off the various loans you have taken from the crime lord Tom Nook, and pay for the various civic improvements you want.

This game achieves much the same sort of feel as zen gardening, which ends up being a lot less boring than the usual thrill-a-minute experience of military first-person shooters.

Tomb Raider would have been far better with about half the budget and a little more challenge.

However, it does provide one of the best stories this year with a strong protagonist and some fun mini-tombs. It is reasonably addictive.