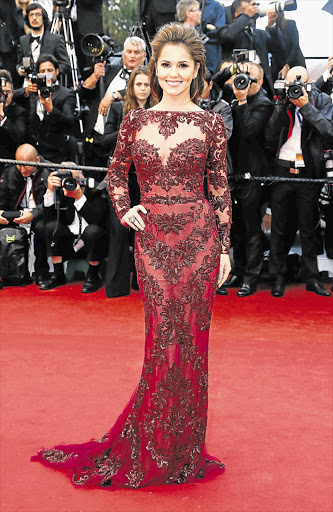 Cape Town fitness guru Steve Uria has denied any romantic involvement with UK pop star Cheryl Cole, after a snap she posted on her Twitter account with the "mystery hunk" set tongues wagging in the UK.

The co-founder of SWEAT 1000 yesterday said they had a purely platonic relationship.

He said: "We are friends - she's an awesome girl."

The picture showed the 30-year-old Fight For This Love singer in a blue two-piece bikini and shades with her hair tied back, and one hand on Uria's chiselled abs.

Cole has been posting pictures of herself soaking up the South African sun on both Twitter and Instagram.

But she has been flabbergasted at how the UK tabloids have interpreted the pictures.

One picture showed her embracing a 20-year-old student identified as Tom Julius at a New Year's Eve party in Cape Town.

Another photo purported to show her kissing him, but - she said - the "man" she was pictured kissing was a nine-year-old boy.

On Sunday she posted on Instagram a screen-grab of a story published by The Sun newspaper, saying: "I just saw this on my Twitter and had to laugh! The best thing about the ridiculousness of this whole imaginary story/made up guy or whatever is that you all can plainly see what rubbish these papers ect talk [sic]".

She added: "This is clearly a child! Look at him! His name is Ben and he is nine years old. That's enough now. Come on now, for goodness sake. This is a new level of stupid."

The Sun quoted Julius as saying: "Always nice to spend the NYE countdown dancing with Cheryl Cole. Can't really get much better! I got a kiss on the lips which was pretty great. My mates are really jealous."