Bling queen off hook as state messes up the case 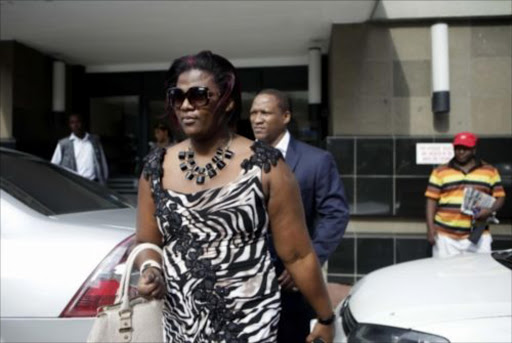 Durban's queen of bling, Shauwn Mpisane, is off the hook after the state dropped 53 fraud and forgery charges related to five multimillion-rand public works contracts her company secured.

National Prosecuting Authority spokesman Natasha Ramkisson-Kara said the charges were withdrawn after the state failed to meet a court-imposed deadline to finalise its forensic investigation.

Ramkisson-Kara said the state had not decided if it would reinstate charges against Mpisane later.

Mpisane was accused of submitting forged documents to secure a Construction IndustryDevelopment Board grading in order to win tenders worth about R140-million from provincial departments.

The withdrawal of the charges could see the return of R70-million in seized assets to Mpisane, including luxury cars, upmarket property and R28-million in cash.

Trevor White, the curator in asset forfeiture proceedings, said Mpisane or the state would have to apply to court to rescind the asset seizure order.

But Mpisane's legal woes are not over.

She is accused of submitting false financial statements to SARS to reduce her company' s 2008 tax bill .

Despite a prior conviction for tax fraud, Mpisane's company - Zikhulise Cleaning Maintenance and Transport - continues to rake in millions from the government.

Last year she was paid at least R229-million by eThekwini municipality. In the 2012/13 financial year, her company secured tenders worth R445-million from the municipality.