DA gives Zuma an F for 'failing to lead SA' 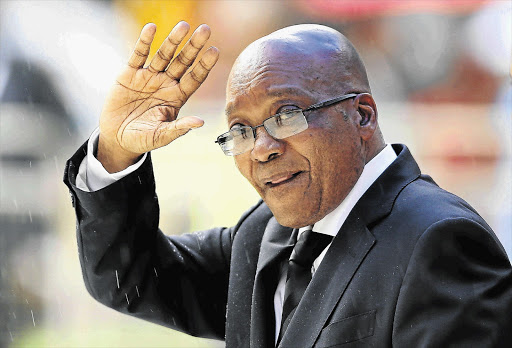 COSTLY: The scandal over Jacob Zuma's extensive upgrades to his private home is hurting him among the ANC rank and file
Image: HALDEN KROG

The DA has released a damning cabinet report card, with President Jacob Zuma again receiving an F for "poor leadership".

The fail comes in the wake of a series of scandals that rocked South Africa last year, including Guptagate and Nkandlagate.

"Millions of South Africans are worse off today than they were when President Zuma first came into office in 2009," she said.

Mazibuko said should public protector Thuli Madonsela fi nd that Zuma misled parliament about Nkandla, the DA would not hesitate to push for him to be impeached.

Zuma had presided over the "worst crises", including corruption costing taxpayers R30-billion , manipulation of the justice system , heightened police brutality and a weak economy , she said.

Many of his ministers received Fs and Es.

Those who received Fs included Agriculture, Forestry and Fisheries Minister Tina Joemat-Pettersson for her "stubborn aversion to oversight and blindness to her own failures"; Labour Minister Mildred Oliphant for failing to prevent protracted strikes that cost workers billions of rands in lost wages; and Police Minister Nathi Mthethwa for the high levels of crime and failure to address police brutality .

Those who fared well, according to the DA, were Health Minister Aaron Motsoaledi and Science and Technology Minister Derek Hanekom, who received As; and Finance Minister Pravin Gordhan and Tourism Minister Marthinus van Schalkwyk, who were each given a B.

Political analyst Steven Friedman poured cold water on such score cards, saying no opposition party would tell its voters "go and vote for these guys, they have a [good track record]".