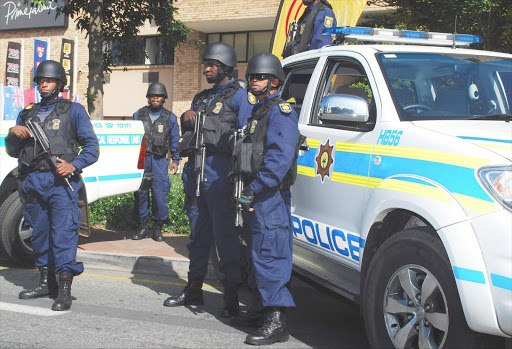 An increase in police brutality and failure to take action against corrupt police officers, as well as the inability of the police to deal effectively with xenophobic violence, threaten the rule of law in South Africa.

This is according to the international organisation Human Rights Watch, which released the South African section of its World Report 2014 in Johannesburg yesterday.

"In an election year, when we can probably expect to see more protests, we're warning the South African government that human rights might take a turn for the worse in the coming year," said Tiseke Kasambala, Southern Africa director of the organisation.

"Mismanagement and corruption, especially at local-government level, are affecting social-service delivery in this country and that is what is leading to protests.

"And then what we are seeing is that dealing with these protests leads to human-rights violations."

"South Africa's constitution provides strong protection for human rights and yet people are being attacked because of their sexual orientation, or refugee or migrant status," she said. "To make matters worse, the government is supporting legislation that would curb the rights to freedom of information and expression."

Kasambala said the Protection of State Information Bill, passed in November, failed to deal with concerns about harsh sentences and penalties for possession of classified information.

"The government should amend the bill further to ensure that it conforms with South Africa's own constitution, as well as with international standards on freedom of information and expression."

Police inability to restrict themselves to the use of appropriate force in controlling the increasing number of violent service-delivery protests was of particular concern, especially during an election year.

"There should be serious concern about the possibility of a breakdown of the rule of law in South Africa because of the increasing incidence of police brutality," said Kasambala.

"People have the right to assembly here in South Africa . that type of police brutality is what we've seen in places like Zimbabwe, so South Africa should be concerned when increasingly we see people are dying in protests."

Four people died as a result of protests in Brits, North West, last week. Three of them were shot, and one was either thrown or fell from a moving police vehicle.

"A lot more needs to be done in the training of police," said Kasambala. "They need to be trained in the use of lethal and non-lethal weapons, and to recognise when to use non-lethal force and when [a situation] actually requires lethal force.

"What we've seen in South Africa is that they use disproportionate force in protests around the country, and quite often resort to lethal force."

Dr Johan Burger, an Institute for Security Studies senior researcher on policing, said that, though incidents of police brutality had increased by more than 300% from 2001 to 2011 (from 416 cases investigated by the police watchdog to 1844), it had decreased by 7% in the following year to 1722 cases.

"It is a good sign that the [number of incidents of brutality] has dropped slightly [though from a high baseline]."

Burger said the police were under extreme stress, facing life- threatening situations daily and responding to as many as 30 service-delivery protests a day, five of which on average turned violent.

"They are confronted by people who are angry at not having services, and because of the non-delivery of political promises on a daily basis, they then start throwing stones at the police," said Burger.

"It takes only one angry person or one policeman to snap before a situation gets out of control."

Police regularly have to attend funerals of colleagues, adding to their stress.

Zweli Mnisi, spokesman for the Ministry of Police, said that stressful work did not give the police an excuse to abuse their power.

"No policeman is beyond reproach," he said.

But the entire service should not be painted with the same brush because individual cops abuse their power.

"We are equally concerned about police brutality and have put systems in place to deal with it."