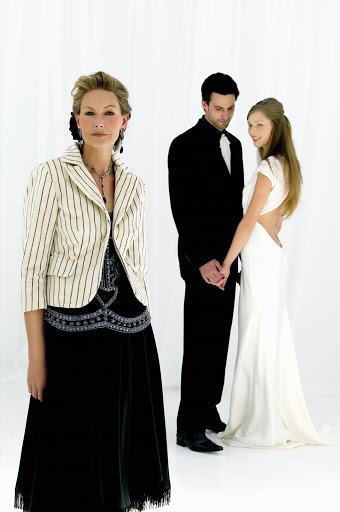 If you are searching for the perfect pet on Gumtree, you might stumble across a rare species on offer - a mother-in-law.

Luke Andrews*, 27, said he had had enough of his soon-to-be-ex-husband's mother and decided to give her to the first Gumtree bidder - for free.

He claimed that for years she had been interfering in his marriage to her son, Charlie*.

The advert, posted on January 7, reads: "She is a very good mother-in-law ... please note that she comes with four attachments ... one female and three males.

"She comes with a broom for sweeping, as well as for flying. She is also a lawyer, doctor, vet, and much, much more. She owns Google and has invested everything.

"And that is not all - for this once-in-a-lifetime deal I will give you her son as well. Free, no questions asked. In fact, I think he is part of her - joined at the hip.

"Just note that once this transaction is completed I will not accept any refunds or exchanges. Has to go fast - only one left."

Andrews said he used Gumtree to vent because he could do so anonymously.

"I know I can't get back at her for all the crap she has given me, but at least I can vent somewhere."

Though many will laugh at the ad, Andrews said his interactions with the woman who gave birth to and raised his husband had been a nightmare.

"She is an irritation and I hate it. I just want to kill her with love - just smother her.

"She speaks badly of other people behind their back. She once called me 'Satan'.

"She controls all holidays and big family events and now wants to control our divorce," Andrews said.

The couple met in 2008 and married in 2011. They have been working on a mutual settlement but keep changing the terms because of the mother-in-law.

"She wants this and that, told me her son earned more than me and paid for everything, so I was not entitled to this and that."

More than 18 people, most of them women, responded to Andrews' ad and offered him support.

One said: "Good luck ... You should have married a dude with no mother."

Therapist and social worker Elmien Britz said setting healthy boundaries at the early stage of a relationship was vital.

"Parents need to learn how to let go. They need to be reminded that they can no longer live their lives through their children," said Britz.

Andrews said that though he loved his husband "to bits", everything went south when his mother kept reminding him about Charlie's ex.

"If I could, I would tell her that she was not the only mother on earth with a son.

"I married him - not her. She did her part as his mother. Now it is time the other party took over."

Other funny ads on Gumtree: