'We have been let down by our government' 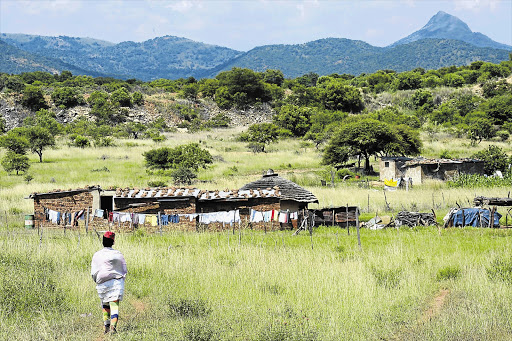 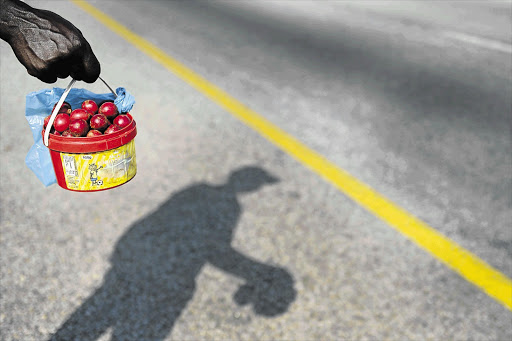 As the sun sets, Martina Masalesa has to hurry into the bush to relieve herself before her village of dilapidated mud huts is plunged into total darkness.

The bush - home to baboons that regularly raid the village for food - is the only "toilet" the 72-year-old has known all her life.

Relieving herself is a deadly affair because snakes lurk in the thick grass. Her son was bitten two years ago.

"We have to go deep into the bush otherwise we will end up walking on our own faeces," she said.

A newspaper is a rare commodity in this village, let alone toilet paper. So Masalesa uses leaves to clean herself.

This is, however, the least of the burdens Masalesa and other residents of Matebeleng village, an eyesore about 25km south of Polokwane, in Limpopo, have to bear.

A stone's throw from the N1 to Polokwane, the village is yet to receive services from the Waterberg district's Mogalakwena local municipality.

Some of the residents have lived in the village for more than 70 years and, despite promises by the government dating back to 2004, they have not seen any development.

"This is what we get for voting for our ANC government - nothing," said Nelson Baloyi.

"As much as we love our government, we will not vote this year. It has never worked for us."

A borehole, a generator and a water tank installed in 2007 are the only symbols of development the community has received from the municipality.

Last year it took the municipality three weeks to fix the generator, during which time the community had to drink from a puddle in a quarry dug by a local brick factory.

"We still go for days without water because the generator powering the water pump breaks down," the 73-year-old said.

With no electricity, listening to a radio or watching television is a luxury enjoyed only by those with generators.

Getting healthcare, or going to the police station, a shop or the social grants office is a whole-day affair - with no public transport, residents have to walk 30km to and from Mokopane to access such services.

"I am sure the president [Jacob Zuma] has passed by here on several occasions. I always wonder what he said about this place," said resident Elisa Ledwaba.

Ledwaba said the mobile clinic scheduled to service the village once a month "comes whenever they feel like it. The last time we saw them was in November".

The mobile clinic parks at the nearby Weenen Combined School across the highway because it cannot negotiate a narrow bridge - the only access route.

When then Limpopo premier Cassel Mathale visited the village and distributed blankets and food in 2009 residents hoped for better things.

Community leader Jim Molomo said villagers were told that they would have electricity and houses by March last year.

"We have been let down by our government. Last year they promised us candles but they kept that promise for only a month," he said.

Molomo said the "latest story" is that the municipality cannot provide services because the village is the subject of a land claim.

He said the municipality wants to move the villagers to nearby "dolomitic" land on which houses will be built for them.

"I was born here and my parents are buried here. I do not want to move," the 69-year-old said.

With few people employed at the local brick factory, children's faces tell a story of poverty. There is temporary respite from grinding poverty in the season for sweet wild fruit the size of a litchi that locals sell next to the highway for R10 a bucket.

In South Africa's 20th year of democracy, villagers must still relieve themselves in the bush, as they have done all their lives.

Mogalakwena municipal spokesman Malesela Selokela said the village of Matebeleng was the subject of a land claim and that the municipality's hands were tied with regard to development.

He said the Matebeleng community must move to Makapans Valley, about 10km away, but some residents were against the move.

He denied claims that residents went for days without water, saying tankers were dispatched whenever there wa s a problem.

He said candles were piling up at municipal offices becausea ward councillor responsible for their distribution "is not doing her work".

Ernest Mukhari, a member of Shamane Magashula Communal Property Association, said Matebeleng was part of the 32 farms they claimed from the Department of Land Affairs and Rural Development's land commission in 1998.

"There were forced removals in 1944. The people in Matebeleng did not move so we claimed because we no longer stayed there and we want that land back," he said.

There are 47 households in Matebeleng, with a population of about 3200.

The nearest clinic, police station, government services centre and shops are 15km away in Mokopane.

Only five households have generators, a fridge, radio and television. No one owns a car.

There are no roads, with a narrow bridge the only access to the village There is no public transport and people rely on lifts.

To charge their phones, the community uses donated solar panels. Most people survive on food donated by motorists attracted by the community's plight.