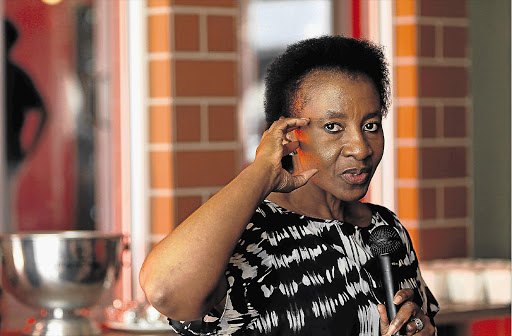 The SABC's group chief executive Lulama Mokhobo will vacate her position at the end of February, the public broadcaster said on Monday.

"The SABC board and [Mokhobo] have amicably agreed to part ways...," spokesman Kaizer Kganyago said in a statement.

Rumours that Mokhobo had resigned surfaced on Tuesday following a tweet from the Broadcasting, Electronic Media and Allied Workers' Union.

In the statement on Monday, Kganyago said the reasons for Mokhobo leaving were personal and confidential. She would remain in her position until the end of the month, having served the broadcaster for two years.

"We expect all the stakeholders of the SABC to co-operate with her during this period and to give her the support that she requires."

SABC board chairwoman Zandile Tshabalala thanked Mokhobo for her contribution to the broadcaster.

In the same statement, Communications Minister Yunus Carrim said: "We are informed that this was a mutually agreed separation, and accepted by the board. Obviously, we are concerned about stability at the SABC and urge that the vacant senior posts be filled as soon as possible."

The process to replace Mokhobo would begin as soon as possible, Kganyago said.