NightLife: Sleazy strippers at Teaze-Hers have no rhythm 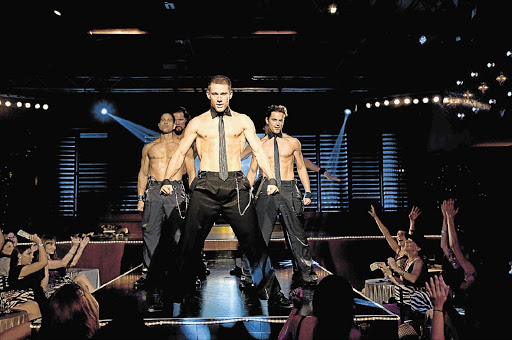 Magic Mike was a lie. The 2012 US hit movie starring Channing Tatum and Matthew McConaughey took us into the world of the male stripper, who was ripped and sexy and had killer dance moves.

In a scene from the film, Tatum was on stage, gyrating sexily to Ginuwine's 1990s hit Pony while the female audience screamed hysterically.

I thought this is what all male strip clubs in real life were like, but when I went to Teaze-Hers in Rivonia, I was disappointed. The club is the female equivalent of the hugely popular Teazers franchise.

Don't get me wrong: the guys at Teaze-Hers have killer bodies. Clearly they work hard for those rock-hard abs and Sylvester Stallone circa Rambo arms.

But they're not the best dancers (no Tatum here). They're not sensual in any way - it's all over-the-top pretend-sexy.

The guys approached a table, and bent women over the table, then pretended to hump them from behind. It looked like dogs dry-humping.

Midway through the evening I decided to get into the spirit of things and bought a "body shot" from a dark stud. Odd? Yes, it was very odd.

He laid me out on a table, spread my legs (I was wearing pants) and pretended to - you can guess the rest. Feeling weird and uncomfortable, I laughed hysterically. He then licked salt off my torso, and took a shot of tequila, or something, which he regurgitated into my mouth. Not sexy.

Later, the same stripper came up to me and asked if I had a boyfriend. When I said yes, his response was: "I hope he f*cks you hard". Charming.

The Teazers franchise slogan might be "The teaze without the sleaze", but I felt as though I needed to take a hot bath in disinfectant liquid when I left.