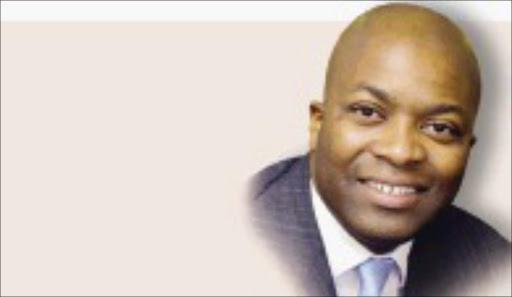 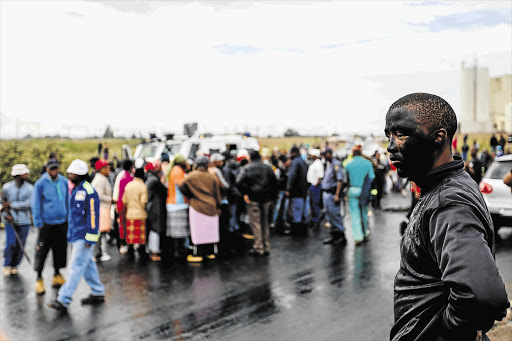 President Jacob Zuma has announced that South Africa's fifth democratic national and provincial elections will be held on May 7 this year.

A large number of the people of South Africa are not waiting for that day to raise their voices, though.

They are burning clinics, running their councillors out of their homes, barricading streets and laying waste to government property. They are angry and they are demanding answers now, quickly.

The Gauteng police commissioner told journalists last week that there was a total of 569 protests in the province in the past three months - and 122 of them turned violent. That means there are six communities up in arms every day somewhere in Gauteng.

The SA Institute of Race Relations had warned of a rise in such protests in the run-up to this year's elections.

Frans Cronje, the institute's chief executive, told Business Day newspaper that, in the past five years, there had been an upward trend in protest action and expectations were that this year there would be an average of four "mainly anti-government protests" every day.

Given the numbers from the police, his prediction has more than come true. And it looks as if it is going to get worse in the next three months. And, given the track record of the police, the blood of young people will be spilt.

What is going on? Anywhere else in the world a party and a president that went into an election with so many violent protests on their hands would not be as confident as our leaders are about an election victory.

As we begin the formal election period, the economy is struggling to grow at more than 2% while some of our peers across the continent are reaching GDP growth of more than 8%.

The petrol price has gone up again, meaning transport and other costs for the poor are going to increase. E-tolls are being enforced after a humungous public relations disaster. The rand is weakening. Interest rates are beginning to tick back up and unemployment still stands at a hard-to-swallow 25%.

Meanwhile, allegations of corruption implicating the ruling party's councillors and other leaders are an everyday occurrence, leading directly to the current protests.

Communities have no water. RDP houses are crumbling.

Crucially, there is an assault on our most fundamental freedoms: the Protection of State Information Act is on Zuma's desk, waiting for his signature to ensure that his minions can stop the free flow of information.

The palatial, taxpayer-funded Nkandla homestead, which Zuma once again defended in an interview with Independent Newspapers on Friday, stands as a monument to everything that is wrong with this administration.

In the Nkandla debacle ministers have used every trick in the book to shut down accountability and protect their leader and his monstrosity in the impoverished Nkandla area.

Cronje says the protests we are seeing in our communities are part of the "crisis of rising expectations".

"By handing out free and subsidised services you create expectations of future improvements in living standards without securing the growth and investment to meet those expectations," he says.

I think there is another element. By allowing a monstrosity like Nkandla you raise other emotions and expectations, and one of these is that people begin to ask why the president gets so much while they get so little.

When ANC leaders seem to get away with acts of corruption, people ask why they should accept the crumbs that are being pushed their way.

There is discontent in the land. The opposition is largely supine, except for the doughty Helen Zille's DA and Julius Malema's Economic Freedom Fighters. With so many protests in our communities, the ANC can no longer claim blanket hegemony of the country.

The electoral gap is there. Few, however, can fill it. Indeed, so confident is Zuma of victory that he chose to leave supporters in Soweto stranded on Saturday and went home to Nkandla to "relax".

And so the ANC will win on May 7, despite the losses it is suffering right now, everywhere, from Bekkersdal to Bronkhorstspruit. For its leaders, though, here is the question: How long will people continue to swallow a pill - the ANC - that they now consider way too bitter and increasingly impotent?