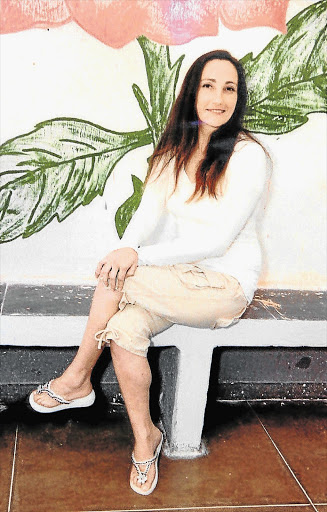 As Tessa Beetge sat in a Brazilian police holding cell yesterday waiting for her release forms to be processed, her family in South Africa were celebrating the news of her imminent freedom after nearly six years away.

The South African drug mule, who was recruited by Cheryl Cwele, former wife of Intelligence Minister Siyabonga Cwele, was arrested in Brazil in June 2008 after 10kg of cocaine was found in her luggage.

It is still unclear when she will arrive back in South Africa.

Her aunt, Margie Olsen, said yesterday: "It all depends on how fast they process her paperwork."

Beetge was sentenced to eight years in prison. She was initially expected to serve out the remainder of her sentence on parole in Brazil, but is returning home after a court ordered her expulsion from the country.

Her return to South Africa will be bittersweet as she will be reunited with her two teenage daughters, but her mother, Marie Swanepoel, who worked tirelessly to have her daughter released and Cwele charged, died last year.

Beetge was recruited by Cwele and Nigerian Frank Nabolisa, who are both currently serving sentences in South Africa.

Yesterday Beetge's elated father, Swannie Swanepoel, said the first thing he planned to do when his daughter arrived home was to "give her a big hug and a big kiss".

"I'm very excited to see her. I can't wait to have her back," the excited father said.

Swanepoel has not seen Beetge since she left South Africa the month before her arrest.

He will, however, have to wait to see his daughter.

He said he had received a letter from her a fortnight ago telling him she planned to first visit a friend in Pretoria who had been with her in Brazil before heading to KwaZulu-Natal.

"She told me what she wants to do and I understand," Swanepoel said.

He would not say where his two granddaughters were for "safety reasons".

Swanepoel said when Beetge returns, there will be to a big welcome home party, sponsored by an unnamed benefactor.

"He's a very nice man and he said: 'You throw the party and I'll pay'," Swanepoel said.