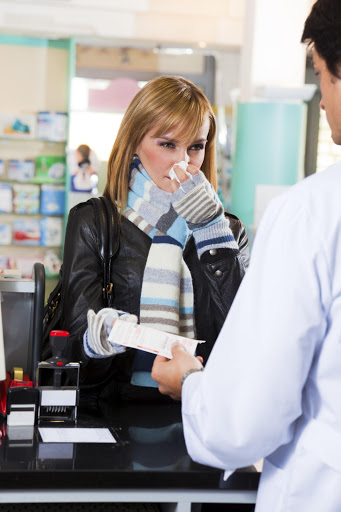 According to a new study, an individual whose fever has been reduced is also likely to feel better and is therefore more likely to interact with others, and spread the pathogen.
Image: ©Diego Cervo/shutterstock.com

Having a seasonal flu jab could reduce the risk of a stroke by almost a quarter, British researchers have found.

Academics at Nottingham and Lincoln universities discovered that patients who had been vaccinated against influenza were 24% less likely to have a stroke in the same flu season.

In 2010, the same research team showed a similar link between flu vaccination and reduced risk of a heart attack.

It is believed that the flu virus causes widespread inflammation, which triggers the deposition of plaque in the arteries, forcing the heart to work harder.

Niro Siriwardena, a professor of primary and pre-hospital healthcare at the University of Lincoln, said: "We know that cardiovascular diseases tend to hit during winter, and the risks might be heightened by respiratory infections such as flu.

"Our study showed a highly significant association between flu vaccination and reduced risk of stroke within a flu season.

"The results were consistent with our previous research into heart-attack risk."

The reduced risk was strongest if the vaccination was given early in the flu season.

Siriwardena said further studies would be needed to better understand the relationship between flu vaccination and stroke risk, but the findings reinforced the value of flu vaccination programmes, with reduced risk of stroke appearing to be an added benefit.

The findings are reported in the scientific journal Vaccine.