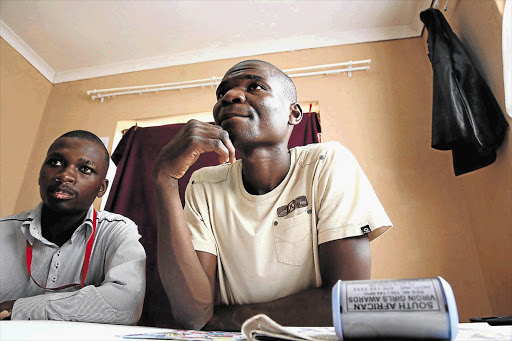 A Limpopo man has promised to reward women who retain their virginity with gold medals and cash prizes of up to R100,000.

Rabelani Ramali, the founder of SA Virgin Girls Awards, is convinced his idea will curb unwanted pregnancies and the spread of HIV/Aids.

"This is to encourage young women to keep their virginity so that together we can eradicate the chances of being infected with sexually transmitted illnesses and unwanted pregnancies," he said.

Ramali, 29, of Phiphidi village, in Vhembe district, has fathered five children - by four women - out of wedlock.

He came up with the concept in November and registered his NGO with the Department of Social Development.

On Friday last week he recruited 31 volunteers at his office in Giyani.

The volunteers, all with matric, will distribute application forms at schools, municipal offices and churches across the country. Virgins will be invited to apply for an award.

But how much is virginity worth?

"Those in the lower [age-group] category will aspire to keep their virginity to claim a bigger prize once they reach that older age bracket," he said.

The virgins will also be bestowed with medals - gold, silver and bronze, according to the three age categories.

Mbonise Tharage, a Thohoyandou general practitioner, said he had agreed in principle to join forces with Ramali.

"When he approached me about his mission, I thought it was a good, interesting idea to tackle the scourge of HIV/Aids. His intentions are noble but it is a huge task," he said.

But the Commission for Gender Equality said Ramali's mission might be dangerous.

Spokesman Javu Baloyi said women who were identified as virgins could be targeted by "sex predators" who believe having sex with a virgin will cure them of HIV/Aids.

"There are other ways in which we can raise awareness," he said.

Department of Women, Children and People with Disabilities spokesman Kenosi Machepa said the idea might be in violation of human rights.

"HIV/Aids does not affect women only and the question is why should virginity and abstinence matter for only one sex," she said.

But Department of Health spokesman Popo Maja said that the department supported any initiative useful in combating the spread of disease.