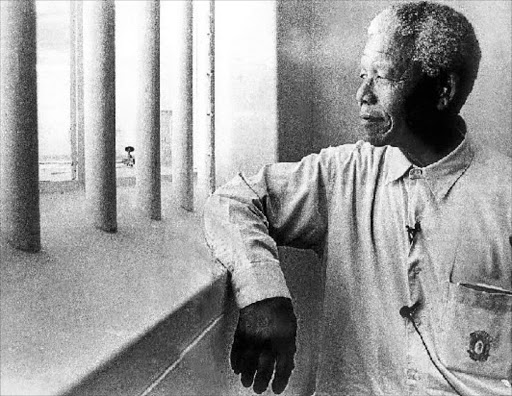 An iconic photograph of Nelson Mandela fetched a handsome R190000 at an auction in Cape Town last night.

The image was taken by international award-winning photographer Jurgen Schadeberg during Mandela's first official visit to his former prison cell in Robben Island.

It shows Tata looking out the barred window of his former cell, where he spent 18 of his 27 years in jail. The photo was bought by a South African, who preferred to remain anonymous. It went for R100 000 more than was valued. The photo is a reprint of the original picture, which was taken in 1994.

The picture has since become symbolic, and a number of similar images have been printed by the South African media.

Schadeberg was yesterday awarded a Lifetime Achievement Award by the International Centre of Photography in New York. The photographer co-signed the picture with Mandela.

It is also Schadeberg's first authenticated picture to show in South Africa.

Another piece of Mandela memorabilia that was due to be auctioned last night was a study by renowned artist Richard Stone.

By the time of going to press, the Mandela study had not yet gone under the hammer.

Stone, who attended the auction, said he hoped the painting would fetch more than the photograph as proceeds were to be donated to the Nelson Mandela Children's Fund and the CIDA University.