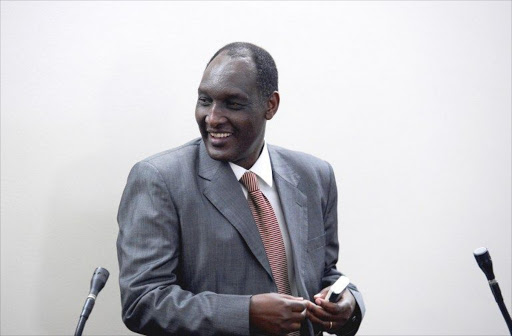 South Africa and Rwanda issued tit-for-tat diplomatic expulsions on Friday, as a row escalated over the attempted assassination of an exiled Rwandan general in Johannesburg.

"We have expelled six S. African diplomats in reciprocity and concern at SA harbouring of dissidents responsible for terrorist attacks in Rwanda," Rwanda's Foreign Minister Louise Mushikiwabo said on Twitter.

Diplomatic sources said the Rwandan envoys are suspected of being linked to an assassination attempt on the Johannesburg-based former Rwandan army boss Faustin Kayumba Nyamwasa.

A group of armed men raided Nyamwasa's house in the city's southeast overnight Monday to Tuesday "looking for him", the opposition Rwanda National Congress said.

The party "has no doubt that those who have always attempted to get rid of General Nyamwasa may also be behind the attack."

The South African diplomats were "coming back home tonight," according to a diplomatic source.

After he was shot and wounded in 2010 South Africa's foreign ministry described the attack as an assassination attempt by foreign "security operatives".

Pretoria then recalled its ambassador to Rwanda in the wake of the incident.

Six men -- three Rwandans and three Tanzanians -- are on trial accused of trying to kill him.

Nyamwasa, who was also a member of President Paul Kagame's inner circle, fled to South Africa in 2010 after falling out with the Kigali administration and was granted refugee status.

South Africa is home to numerous Rwandan dissidents, a point of bitter dispute between the two countries.

Tensions deepened after Kigali's former intelligence chief Patrick Karegeya, who was also exiled in South Africa, was found strangled to death in a Johannesburg luxury hotel on New Year's Day.

No arrests have been made over Karegeya's killing.

Some opposition members alleged that the Rwandan government was behind the attack.