Good Shot: Blink of an eye 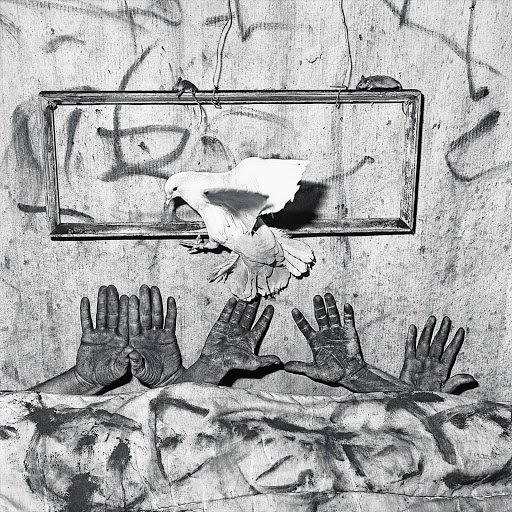 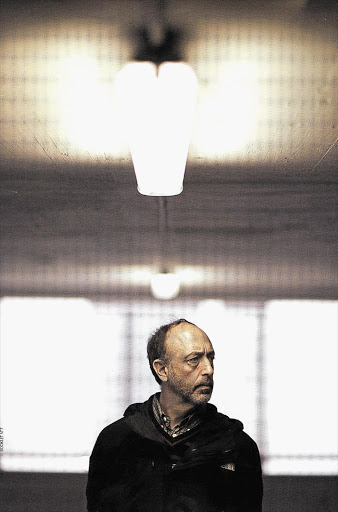 Roger Ballen's photographs have skirted easy categorisation for 50 years. For 30 of those years he made a living as a geologist for the mining industry across South Africa, a lonely discipline which has given him, he says, "a different experience of the earth".

Singular experience has translated into a singular way of seeing, one that has won him both dedicated admirers and bitter enemies. At the heart of his practice is a belief that a photograph can borrow from the attributes of fiction, theatre or sculpture.

He says he is an "organiser, not an originator of the visual", and the results are often complex, multi-layered things that are as likely to feel witty or beautiful even as they itch with oddity. He likes them that way: "I want to make sure it's a menace. If it's a menace, you have to deal with it."

Born in New York, he settled in Johannesburg in 1982. At the time the city was isolated from the international art scene, which helped him develop at his own speed, and on his own trajectory.

"It has taken me God knows how many years to get here," he says, "but very little of it has come from being exposed to contemporary art and reacting to contemporary art. It's been a self-driven enterprise. I would say I've come through a forest, and I'm in a clearing now. I don't see many people around me."

It is precisely this head-down, blinkers on, resolute determination to go his own way no matter what aspersions were cast that has made him, of late, a kind of hero for the youth of South Africa. "I think it's because I stuck to my guns for so many years. The young people here think of me as different from the old guard."

This explains how, two years ago, the then 62-year-old spent five days straight in one of the derelict warehouses clinging to Johannesburg's outer districts, directing a music video for rap-rave duo Die Antwoord, the band who brought "Zef" style, a euphoric glorification of the trashy, blingy, post-apartheid white South Africa, to worldwide attention.

He is set to showcase his latest series this month with a new book. Titled Asylum of the Birds, the work was four years in the making, which is about average for Ballen. "It's really hard to get good photographs; it takes a long time to understand your subject matter and you evolve during that period. I'm always a little sceptical about people who create a series in a week or a month."

Instantly recognisable, Asylum is both a culmination of his previous works and a step further forward (or downward, if we use his analogy) in his exploration of the deepest, most confusing parts of existence. Its central focus is birds, configured in varying patterns with his familiar tropes - wire, shadow, drawing, hands, feet, mannequins, detritus and so on.

They were taken in an old house in Johannesburg, which has become a focus for his photography since he completed Boarding House in 2008. Inside the house, he says, "live a motley bunch of people from various spectrums of South African society". Alongside live large numbers of wild, uncaged birds that move freely through the site. Most of the rooms are barren and the inhabitants have drawn figures and faces on the walls. It is full of rats, mice, cats, chickens, ducks, and rabbits.

His earlier series were considered first as documents of a sociopolitical genre, leaving little room for an appreciation of the attention he paid to their formalism.

"It was really pretty difficult to escape that issue," he says. "I think it would have been more interesting if people tried to approach the pictures in a more aesthetic and perhaps a more psychological way, rather than trying to push down my throat that they're only some sort of political statement about South Africa."

Photographs of the struggling white rural poor in Dorps (1986) and Platteland (1994) provoked a cyclone of invective from which he has struggled to escape: "I wasn't in any way prepared, so it came as a very great shock. It was a hard period. I was living in an environment that was super- charged, super-defensive, super- insular, and I wasn't experienced enough to explain myself."

Ballen grew up surrounded by the work of Andre Kertesz, an administrator for the Magnum agency in New York and a great friend of his mother. He was the first person to sell Ballen's work stateside. He says he absorbed the Hungarian photographer's expertise "almost by osmosis".

"He was a huge influence. Beyond that, I think the humour in my work came from [Elliott] Erwitt, and, of course, the decisive moment from [Henri] Cartier Bresson."

Today's conceptual photographers, he believes, "try to get around the decisive moment by creating staged photographs, but a lot of that work fails because it feels contrived. You miss that instant glimpse of truth."

Good art, for him, comes from "a strong interrelationship of myself to myself, and myself to the earth. If an artist is one who spends his life trying to define his being, I guess I would have to call myself an artist. It has been fundamentally a psychological and existential journey."